On 09/24/2022 the Levy County Sheriff’s Office responded to a report of a shooting in the area of the old Williston Middle School. The investigation determined individuals exited their vehicles and shot at each other. One suspect fled the scene. Deputies spoke to the other individual who remained on scene, who alleged he acted in self-defense. This person could not identify the other involved individuals.

On 10/12/2022 the Levy County Sheriff’s Office responded to a report of a shooting at the intersection of NE 212th court and NE 37th place in Williston. Upon law enforcement arrival they discovered a 21 year old male shot in the back with a .223 rifle. The investigation discovered that a group of men in a passenger car exchanged gun fire with someone who lived in the area. The 21 year old male was uncooperative with investigators. Detectives believe he was involved in the initial altercation that occurred on 9/24/22.

Detectives learned both shooting incidents stemmed from a gambling debt. Detectives identified individuals involved in this feud were Larron Ross (9/17/2000) and Jacques Days (10/2/92). Both are residents of Williston.

On 12/03/2022 the Levy County Sheriff’s Office responded to a shooting at the Toad Stool Bar located at 21080 NE 35th Street east of Williston. This investigation determined Jacques Days and Larron Ross exchanged gun fire in the parking lot of the bar. All parties involved fled the scene prior to law enforcement arrival. Detectives were able to obtain arrest warrants for Days and Ross; charging them both with discharging a firearm from a vehicle and discharging a firearm in a public place.

On 12/07/2022 Jacques Days was arrested in the parking lot of the Levy County Court House on the charges listed above. He was booked into the Levy County Detention Center and his bond was set at $85,000. He is currently in custody.

Although these two arrests have been made this investigation is still on-going. Detectives know other individuals are involved in these shooting incidents as well as other criminal activity in the Williston community. Detectives are seeking the public’s assistance in solving these crimes. Anyone who has information about this crime or any other crime is asked to contact the Levy County Sheriff’s Office Criminal Investigations Division at 352-486-5111. Tips can be made anonymously by calling Crime Stoppers at 1-877-349-8477. You could be eligible for a cash reward.


Posted by Lt. Scott Tummond at 11:38 AM
Email ThisBlogThis!Share to TwitterShare to FacebookShare to Pinterest

Two arrests made by Levy County Detectives in 2022 came to resolution recently in Circuit Court as both defendants plead guilty.

On 3/14/22 Cole Langston (7/26/2000) of Williston was arrested in Gainesville after a warrant for his arrest was issued for his participation in a shooting incident that occurred in Williston on 3/11/22. Langston has been held in custody at the Levy County Detention Center since this arrest. On 1/18/23 Langston entered a guilty plea to the lesser included offense of shooting into a dwelling and was sentenced to a ten (10) sentence in the Florida Department of Corrections which will be followed by two years community control and three years probation. 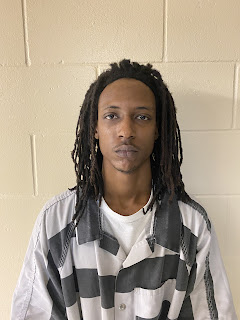 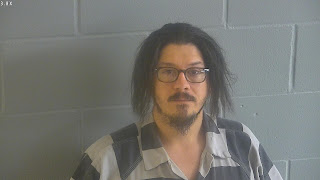 Posted by Lt. Scott Tummond at 9:54 AM
Email ThisBlogThis!Share to TwitterShare to FacebookShare to Pinterest 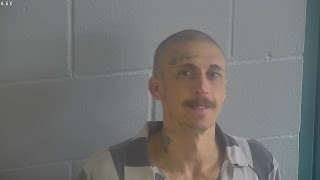 On January 27, 2023, the LCSO Communications Division received a report of a stolen vehicle from the convenience store located at 8051 NW 115th Street in Chiefland.  The victim reported that their 2013 Nissan vehicle had just been stolen after the victim went inside the convenience store.  The victim had followed the stolen car in another vehicle but lost the thief north of Chiefland.

LCSO Deputies and Detectives responded to the scene where they collected video evidence and witness statements.  According to witnesses, the car thief had been hanging around the store for a while and was captured on store surveillance video.

A short time later, a concerned citizen reported to LCSO that Hannigan had been seen at another convenience store located at SR 345 and NW 60th Street.  Deputies John Finkell and Matt King located and detained Hannigan at the store.  Hannigan admitted being at the crime scene but denied stealing the vehicle.

A short time later, Deputy Bill Godwin located the abandoned stolen vehicle approximately 1.5 miles from where Hannigan was taken into custody.  The stolen vehicle was processed by LCSO crime scene personnel.  Several items of personal property had been stolen from the vehicle but were not recovered.

Hannigan was arrested and booked into the Detention Center (for the seventh time) on charges of Grand Theft Auto and Petit Theft.  He remains in custody with his bond set at $27,500.00.

Sheriff McCallum expressed his appreciation to the witnesses who assisted in the quick resolution of this case.  He encouraged everyone to take the extra seconds necessary to secure your vehicles and belongings even when you leave them unattended for only a short time.

Posted by Lt. Scott Tummond at 9:26 AM
Email ThisBlogThis!Share to TwitterShare to FacebookShare to Pinterest 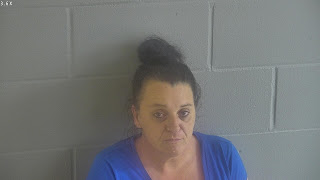 Deputy Miller identified the owner of the vehicle by confirming the tag number he saw attached to the SUV. He then went inside the store and located the owner, Sarah Buck (9/30/80) of Inglis. No crime had been report as of that moment.

As Deputy Miller was speaking to Ms. Buck the citizen who initially called in the tip came into the store. This citizen discovered items missing from her vehicle that had been parked in the Captain’s Quarters parking lot. A brief verbal exchange occurred between the citizen and Ms. Buck who made an incriminating statement. Ms. Buck was immediately detained by Deputy Miller.

Deputy Miller conducted his investigation and discovered Ms. Buck illegally entered five vehicles parked in the Captain’s Quarters parking lot and stole property from each vehicle. Deputy Miller was able to identify each victim and recovered their stolen property. Ms. Buck was arrested and charged with five counts of conveyance burglary and five counts of theft. She is currently being held in the Levy County Detention Center in lieu of a $150,000.00 bond.

“Due to the quick reaction of this citizen by calling in the suspicious person we were able to solve this crime. This too should be a reminder to our citizens to LOCK your vehicles and secure your valuables.”, said Sheriff McCallum.

Posted by Lt. Scott Tummond at 11:45 AM
Email ThisBlogThis!Share to TwitterShare to FacebookShare to Pinterest 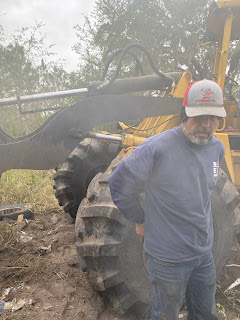 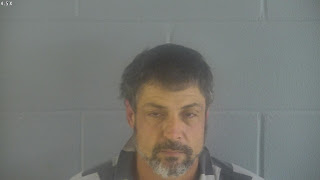 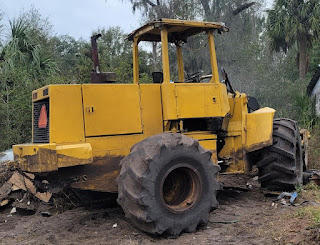 On 12/14/22 Levy County Detectives were alerted that a John Deere front end loader had been stolen from a job site in City of Dunnellon. Detectives learned that the tractor may have been hidden in the Morriston area of Levy County. LCSO Detective Scott Stancil began working on this lead and discovered the suspect, Anthony Ralph, was in possession of a John Deere tractor. The investigation continued and came to conclusion yesterday when Detective Stancil received a tip telling him exactly where the tractor could be located.

Detective Stancil with assistance from Officers with the Florida Wildlife Conservation Commission responded to the reported location. When officers arrived they found Anthony Ralph (1/3/80) of Crystal River, operating the tractor and took him into custody. The investigation determined the John Deere 544 front end loader, valued at over $50,000, was was being used by Ralph to clear properties in the area south of SR 121 and CR 337.  Ralph had active warrants for his arrest from Citrus and Alachua Counties and has a lengthy criminal history from multiple counties in Florida. Detective Stancil contacted the victim in Dunnellon and returned the tractor. Detectives also seized methamphetamines and drug paraphernalia from Ralph’s vehicle.

Detectives know Ralph used the tractor to perform work on private properties in Levy County. Detective Scott Stancil is requesting anyone who hired Ralph to contact him at 352-486-5111 ext.364.