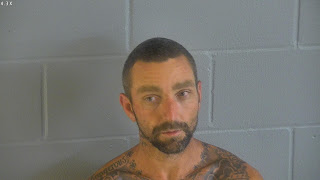 Fourteen time convicted felon Steven D. Rouse (7/27/80) of Morriston, Florida was arrested by members of the LCSO Patrol and Criminal Investigations Division yesterday afternoon for burglary, grand theft of firearms and criminal mischief. Rouse was located by Detectives in an abandoned shed near the scene of a burglary that was just reported.

Patrol Deputy Kellie Kimpel responded to a report of a suspicious person she identified as Rouse earlier in the day. A homeowner returned to his home on Ishie Avenue just before 2 PM and found a person sleeping on his porch. The homeowner confronted this man, who he did not know and said to him he had not stolen anything then walked away. The homeowner discovered his guns and other valuables had been removed from inside the trailer, but were left on the porch. It appeared this burglar pried open the front door to gain entry. The homeowner immediately called 911 and gave a description of the person he confronted on his property.

The description of the burglary suspect matched that of Rouse. Rouse was identified by the victim when shown his picture. A canvass of the area identified a second person who identified Rouse and stated he was just seen in the area. Rouse was found in an abandoned shed nearby by Detectives. Rouse was taken into custody and confessed to the burglary, telling Detectives his truck broke down in the area and he went to the victim’s trailer thinking it belonged to a friend. He told Detectives he was only trying to get something to drink but fell asleep because he had been awake for several days after consuming methamphetamines.

Posted by Lt. Scott Tummond at 12:51 PM
Email ThisBlogThis!Share to TwitterShare to FacebookShare to Pinterest 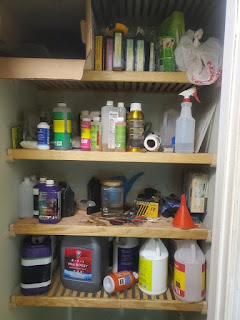 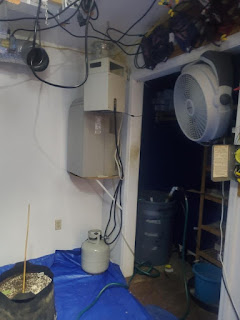 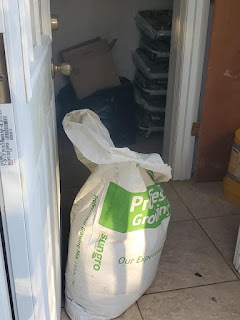 On February 12, 2020 at 3:30 PM Deputies responded to 12070 NE 20 Street to a reported suspicious death. Deputies met with a witness whose speech was incoherent and unintelligible but were able to decipher a person was still inside the home and apparently dead. Deputies entered the home and in the process of searching for the deceased person, fell immediately ill after inhaling noxious fumes inside the house. They did locate the remains of a 52 year old male before having to exit the home. Deputies were treated and released on scene by LCDPS after it was determined the fumes were created by a combination of chemicals and fertilizer inside the home that were being used in a sophisticated indoor marijuana grow operation.

LCSO Drug Task Force and Criminal Investigations Detectives secured a search warrant for the home and discovered a high yield multiple room grow operation. The 8th District Medical Examiner’s Office is assisting the LCSO to determine the cause of death. There is no indication the death of the 52 year old is due to a violent act.

This is still an on-going investigation. No arrests have been made at this juncture of the investigation. Anyone who has information that could aid detectives is asked to call the Sheriff’s Office at 352-486-5111 and request Sergeant Mike Narayan or Detective Rob Bowers.
Posted by Lt. Scott Tummond at 9:41 AM
Email ThisBlogThis!Share to TwitterShare to FacebookShare to Pinterest
Newer Posts Older Posts Home
Subscribe to: Posts (Atom)