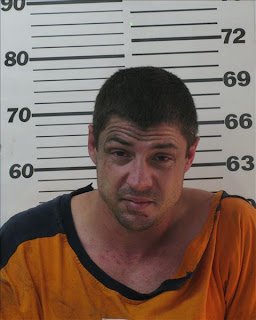 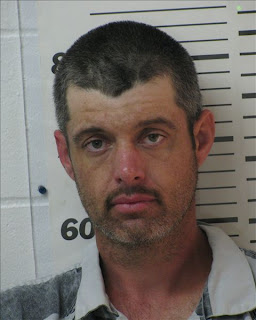 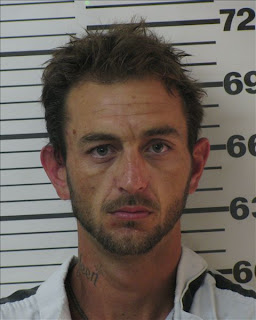 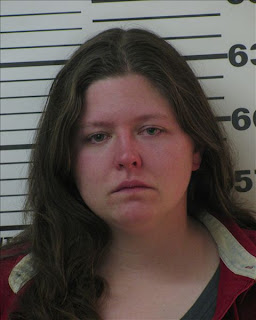 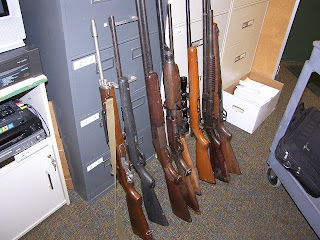 Anthony Lee Ralph has been a wanted fugitive since May 26, 2009 and has a violent criminal history.  The Sheriff's Office and the US Marshals have had knowledge that Brian Fine has been involved in the criminal activity of manufacturing and selling methamphetamine from his residence located at 10930 SW 60 Street.

While Agents were arresting Ralph they observed a heavy fog of smoke and a strong chemical odor.  Agents recognized the odor as a meth lab coming from a shed.  Upon Kathryn & Brian Fine walking outside from the residence there was marijuana smoke bellowing from the residence.  Kathryn Fine had her 14 month old daughter in her arms when she was taken into custody.  Frank McCain and Jerry Rains were in the shed and there was active a meth lab in full operation.  The Drug Task Force secured everyone and the Honorable Judge Tim Browning signed a drug search warrant for the residence and the shed.  Drug Agents seized 14 guns, hundred of rounds of ammunition, 13 mature marijuana plants, lithium strips, anhydrous ammonia, and pseudoephedrine pills.

Brian Fine called his property the "Compound" which is in a very remote area in Cedar Key.  Fine would brag that law enforcement could not penetrate the Compound and he would have look outs along the roadway and in the woods.  Drug Agents not only penetrated the Compound but arrested five individuals that were involved and supplying meth users in the area.

Sheriff Smith said that "I have a zero tolerance for any criminal activity and especially the narcotic business".  "I am very pleased with the Drug Task Force and the assistance that the US Marshals gave in this investigation" Smith contributes this operation being successful and no one getting injured in a highly volatile situation to training, experienced officers that are willing to go the extra mile to get the job done.

Posted by Major Evan Sullivan 352-486-5111 at 8:47 AM
Email ThisBlogThis!Share to TwitterShare to FacebookShare to Pinterest 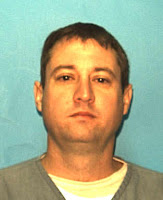 Reedus Bell was serving time at WALTON C.I. until his release 04/25/2010 and now residing at the below address in Levy County. For a complete listing of all registered sexual predators and offenders residing in Levy County, or to search by zip code, please visit http://www.flde.state.fl.us/ and go to the sexual Predator Offender data base.

Posted by scott finnen at 3:43 PM
Email ThisBlogThis!Share to TwitterShare to FacebookShare to Pinterest

MEDIA RELEASE
Date: April 23, 2010
Time: 8:00 PM
Williston, Fl.-On April 24, 2010 the annual Williston Crab Fest will be held at 3PM-12AM. The event will be in the area of Lincoln Heights on CR-318 in East Williston. Please expect traffic delays and heavy pedestrian traffic in the area. From 4PM County Road 318 will be one lane traffic and vehicles will only be allowed to travel east bound until the event ends. Vehicle traffic traveling west bound on County Road 318 will be detoured either north or south bound on County Road 335.
The Levy County Sheriff's Office will be enforcing all traffic laws. Please remember to buckle up, be safe and don't drink and drive.
###
Posted by Major Evan Sullivan 352-486-5111 at 8:43 PM
Email ThisBlogThis!Share to TwitterShare to FacebookShare to Pinterest

Fund raiser for Countryside Christian School in Gainesville Florida basic pistol class hosted by Levy County Sheriffs Office will qualify for Florida concealed weapons permit May 15, 2010 8am at the Levy County Sheriffs Office Classroom 9150 NE 80th Ave Bronson Fl 32621. Cost will be $50 dollars and you can sign by calling 352-486-5111 or email sfinnen@levyso.com. or register at www.Levypistolclass.info Lunch will be provided and additional donations will be appreciated and accepted.


###
Posted by Major Evan Sullivan 352-486-5111 at 8:04 AM
Email ThisBlogThis!Share to TwitterShare to FacebookShare to Pinterest

Fanning Springs, Florida-On April 10, 2010 K-9 Deputy Kevin Kinik arrested Mario Antonio Watkins for a Dixie County warrant at 8731 NW 174th Street.  Upon arresting Watkins for the violation of probation warrant for habitual driving without a license and sale of contraband into a county facility, Watkins attempted to pull away and he was taken to the ground and secured in handcuffs.

Search incident to arrest Deputy Kinik located 13 pieces of rock crack cocaine in a Newport cigarette pack and baggie of 17 individual baggies of powder cocaine weighing a total amount of 14 grams of cocaine.  Watkins was charged with the Dixie County warrant and possession of cocaine with intent to distribute and resisting arrest with out violence.

Posted by Major Evan Sullivan 352-486-5111 at 12:34 PM
Email ThisBlogThis!Share to TwitterShare to FacebookShare to Pinterest 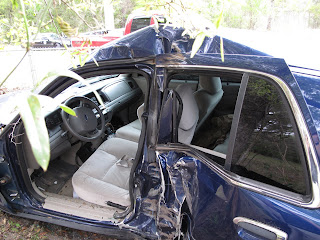 Chiefland, Florida-Investigator Tom Martin was responding with his emergency lights on to a burglary in progress call at 8690 NW 150 St.  At 147 Place and Old Fanning Road a vehicle pulled out in front of Martin and he avoided the crash by driving on the shoulder of the road and struck a tree. Investigator Martin had to be extricated from the vehicle and was transported to Shands University Hospital.  Martin is listed in stable condition.  The Florida Highway Patrol is on the scene and handling the traffic crash.

Corporal Lauree Allen arrived at the scene and placed Douglas Maund in custody for grand theft.  The investigation revealed that Maund was stealing scrap metal from the residence the past three days and selling the scrap metal in Marion County.

Posted by Major Evan Sullivan 352-486-5111 at 1:32 PM
Email ThisBlogThis!Share to TwitterShare to FacebookShare to Pinterest 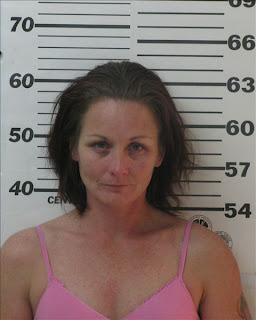 Chiefland, Florida-On April 7, 2010 Lt. Scott Tummond arrested Chastity Anderson for grand theft auto.  On April 4, 2010 the victim reported that Anderson borrowed his 2002 Ford Escape to take her children to Blue Springs for the day.  Anderson never returned the vehicle and the victim reported his vehicle stolen on Monday, April 5, 2010.

On April 6, 2010 the Levy County Sheriff's Office located the stolen vehicle and Anderson in Marion County at a known drug house.  Anderson was transported back to Levy County where she advised Lt Tummond that she borrowed the vehicle for the day and failed to return the vehicle because she went on a crack binge.