On January 26, 2011 the Attorney General Pam Bondi announced in an emergency ruling that will add substances containing MDPV (Methylenedioxypyrovalerone), commonly known as "bath salts" to the schedule of controlled substances.

"Due to the violent nature of the side effects involved in taking these drugs, the emergency measures will provide law enforcement with the tools necessary to take this dangerous substance off the shelves and protect the abusers from themselves as well as others.  As of January 26, 2011 possession or selling MDPV is a felony in the state of Florida.  The common street name for the drug is: Vanilla Sky, Ivory Wave, Ocean Burst and Bolivian Bath. The substance is usually snorted although it can be smoked or swallowed. Reported side effects of MDPV include: increased heart rate, nosebleeds, hallucinations, severe paranoia, seizures, and kidney failure.

Retail stores in Levy County that are in possession of any of these products can turn them in to the Sheriff's Office without fear of arrest or they can call the Sheriff's Office and a deputy will gladly respond and obtain the dangerous drugs.  Major Evan Sullivan said "We will make every effort to work with the retail stores but non-compliance will result in there arrest".

Posted by Major Evan Sullivan 352-486-5111 at 3:41 PM
Email ThisBlogThis!Share to TwitterShare to FacebookShare to Pinterest 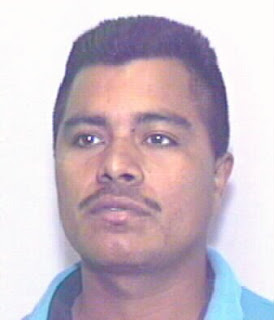 Fanning Springs, Florida-On December 11, 2010 the Levy County Sheriff's Office received a robbery alarm at Tienda Mexican Store.  The victim advised the Communication Center that the three suspects left in a white Ford Explorer.  Prior to arriving at the store the vehicle was located in the parking lot of Stones BP gas station.   Two suspects were seen entering the store and a third suspect was getting out of the Explorer.  One of the suspects was taken into custody and the other two suspects fled on foot through a heavily wooded area.  Three Sheriff's Office K-9's were utilized in tracking the men over three hours but they were able to elude deputies.

Later in the day a 2004 Chevrolet Cavalier Florida tag 713-WTZ was stolen from Discount Liquor in Chiefland.  The victim left the vehicle running and went into the liquor store only to find their vehicle stolen.  It is believed that that two armed suspects stole the vehicle and may be traveling to the south Florida area.  The two robbery suspects are depicted in the press release.

On January 27, 2011 the stolen Chevrolet Cavalier was located by Lantana Police Department in front of a motel.  The second robbery suspect, Raul Pagan Rodriguez was arrested on a Palm Beach County warrant and the subject has a hold on the Levy County robbery charges.  The third suspect is at large and at this time his identity is unknown.

Posted by Major Evan Sullivan 352-486-5111 at 4:31 PM
Email ThisBlogThis!Share to TwitterShare to FacebookShare to Pinterest 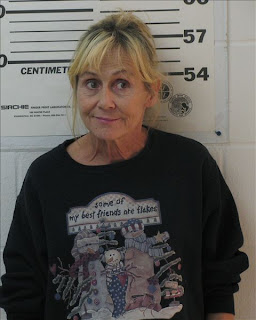 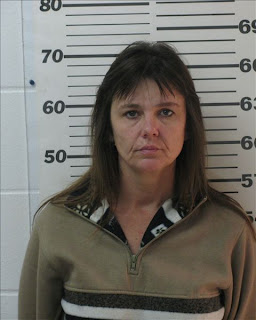 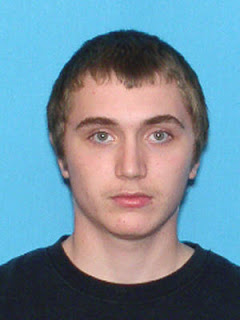 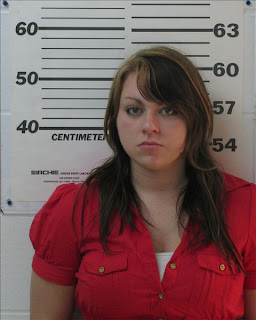 Three days after Christmas Joyce Hurley & Brenda Monroe entered a residence at 15933 NE Levy Street in Williston and stole a safe, jewelry and prescription pills valued over $ 20,000.  After the heist the duo went to Monroe's house and opened the safe. They gave some of the stolen jewelry to Desmonde Hurley and Nicole Johnson.  Joyce Hurley traded the stolen jewelry for powder cocaine and Brenda Monroe, Desmonde Hurley and Nicole Johnson traded the jewelry at several pawn shops.

The investigation revealed that Joyce Hurley's son, Desmonde Hurley went back to the residence and stole a 2000 Honda Accord which was later recovered in Gilchrist County.  On January 24, 2011 the four above suspects were arrested on numerous felony charges

Posted by Major Evan Sullivan 352-486-5111 at 12:06 PM
Email ThisBlogThis!Share to TwitterShare to FacebookShare to Pinterest 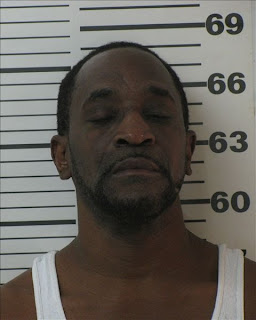 On January 19, 2011 the Levy County Sheriff's Office arrested Greg Roland for tampering with a witness.  The Drug Task Force Agents received information that Roland was threatening a confidential source and had placed a $ 5,000 bounty on the source.

During the investigation Roland walked up to the window of the confidential source's car and stated that he had a $ 5,000 bounty on the person.  The source had Agent Burt Miller on the phone and Miller over heard this threat.  Roland was arrested in the South Chiefland area last night for tampering with a witness and the judge issued a $ 500,000 bond.

Agents felt this was a credible threat since Roland has a violent criminal past.  Roland was arrested in the Miami area for murder.

Charge:  Tampering with a Witness

Posted by Major Evan Sullivan 352-486-5111 at 10:45 AM
Email ThisBlogThis!Share to TwitterShare to FacebookShare to Pinterest 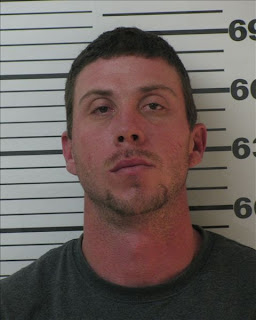 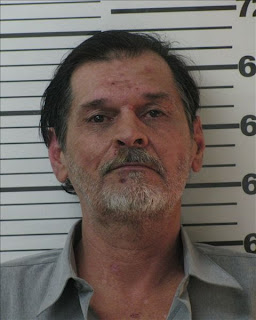 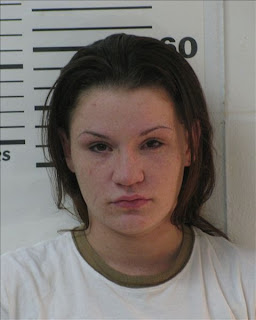 During the investigation Robert Huffman sold oxycodone on four separate occasions and Daniel Huffman sold oxycodone one time to agents.  Law Enforcement is very familiar with the Huffman brothers; in 2007 they were arrested for committing a bank robbery at Capital City Bank in Chiefland.  The brothers only received three in half years in prison and apparently have not been rehabilitated in their criminal involvement.  Agents arrested Ray Douglas Register & Laura Harper for possession of drug paraphernalia and maintaining a drug dwelling.

While executing the search warrant Abijah Seth Key drove up in a vehicle and a drivers license checked revealed that he had numerous suspensions and was arrested for driving while license suspended.

Charges: One Count Sale Oxycodone and One Count of Possession of Oxycodone

Charges: Possession of drug paraphernalia and maintaining a drug dwelling

Charges: Possession of drug paraphernalia and maintaining a drug dwelling

Posted by Major Evan Sullivan 352-486-5111 at 10:41 AM
Email ThisBlogThis!Share to TwitterShare to FacebookShare to Pinterest 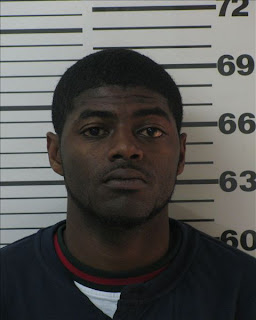 On January 15, 2011 Al Joseph Carnegie Jr. was arrested on an outstanding Alachua County warrants for two counts of trafficking in cocaine, trafficking in a controlled substance and public order crimes of racketeering. Carnegie was traveling in the Chiefland area and was stopped for having a head light out.  During the traffic stop a check revealed that Carnegie had the above Alachua County warrants.

Agent Rick Rogers with the Levy County Sheriff's Office assigned to the Gainesville Drug Enforcement Agency (DEA) conducted a two year investigation in Carnegie's criminal activity.  Carnegie sold trafficking amount of cocaine on two different occasions in the Eight Judicial Circuit.  Carnegie is currently on felony probation for carrying a concealed firearm and he is in the Levy County Jail on a $ 400,000 bond.

The investigation continues and more arrest is expected.

Posted by Major Evan Sullivan 352-486-5111 at 10:27 AM
Email ThisBlogThis!Share to TwitterShare to FacebookShare to Pinterest 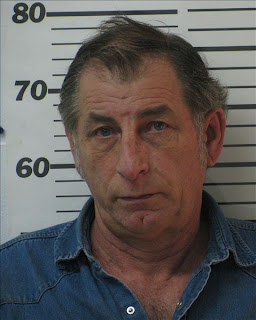 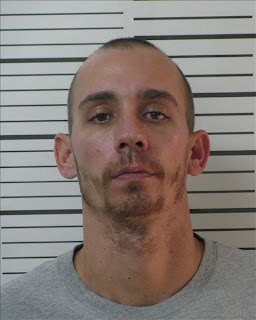 On January 10, 2011 the victim drove up to his property only to find two men stealing a deer feeder and tree stand from his shed.  The victim stated that he noticed that his deer feeder was in the suspects' truck and the younger suspect was carrying a tree stand from his shed.  The suspect immediately dropped the tree stand a ran on foot. The victim fired a high power rifle into the ground and told the suspect to stop.  The suspects complied and the victim notified the Sheriff's Office.

Posted by Major Evan Sullivan 352-486-5111 at 11:44 AM
Email ThisBlogThis!Share to TwitterShare to FacebookShare to Pinterest

Youths Go On A Crime Spree In Bronson

Two youths went on a crime spree in the City of Bronson On Friday, January 7, 2011.  Colton Wayne Smith and Kenneth Corey Benson unlawfully entered a residence at 770 Pennsylvania Ave in Bronson and stole two high power rifles and a shotgun.  Upon entry inside the residence they both discharged a .22 caliber rifle inside the residence and caused over $ 1000.00 dollars in damage.

The youths continued their path of crime and stole a 2008 Chevrolet Trail Blazer and crashed the vehicle in the woods.  Sheriff's deputies and investigators searched this weekend and when they were located a foot chase ensued in which they were later apprehended.  There will be additional charges. Both suspects burglarized a vehicle and attempted to steal another vehicle.

Posted by Major Evan Sullivan 352-486-5111 at 5:34 PM
Email ThisBlogThis!Share to TwitterShare to FacebookShare to Pinterest 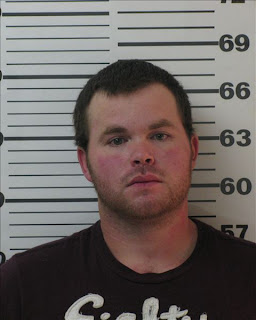 On January 2, 2011 Randy Jones the owner of Williston Highlands Golf & Country Club reported that unknown person(s) intentionally destroyed the green to the #7 hole.  The suspect(s) willfully and maliciously drove on the green and did doughnuts.  Jones stated that the green was a total loss and would have to be rebuilt costing over $ 25,000 in damages.

Through the investigation, Inv. Jay Crooms learned that there was a party at a house adjacent to the #7 green. That night neighbors heard a vehicle doing doughnuts on the golf course.  Investigator Crooms spoke to several kids that attended the party and developed Dixon as a suspect.  Upon speaking to Dixon he advised that he drove on the green and did the damage with his vehicle.  Dixon stated that alcohol was at the party and he was impaired when he committed the felony criminal mischief.