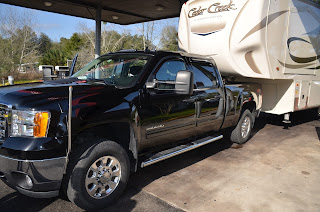 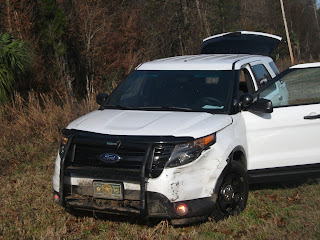 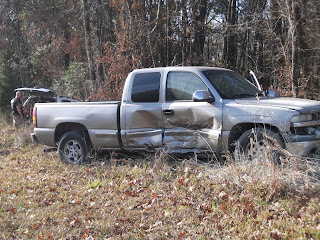 At 0912 hours the Levy County Sheriff’s 911 Center received simultaneous calls from a bystander and a victim at the Waco 6 Citgo gas station located at 8731 NW 174 Street in Fanning Springs. Both reported an armed man had just carjacked a gold Chevrolet truck. They told 911 operators the carjacked vehicle was fleeing south on US Hwy 19 from the store.
Deputy Nelson Macias was pulling into the gas station as this report was being made and the dispatch call was being broadcast. The victim pointed at the vehicle departing the parking lot and Deputy Macias gave pursuit.

Additional units were notified of the pursuit as well as the Chiefland Police Department (CPD). The pursuit continued south on US 19 and into the City of Chiefland. CPD units deployed “Stop-Sticks” which are utilized to deflate the suspect vehicle tires. However, the still unidentified driver was able to avoid the CPD officer’s efforts.

LCSO Deputies now accompanied by CPD Officers continued to pursue the vehicle south on US 19 at speeds reaching 100 MPH. LCSO Deputies deployed stop sticks at the intersection of US 19 and SR 24 in Otter Creek which the driver was able to evade. Stop sticks were again deployed at the intersection of US 19 and CR 326 in Gulf Hammock and again the driver was able to evade them.
Approximately one mile south of Gulf Hammock, LCSO Lt. Jimmy Anderson, who was driving the primary pursuit vehicle, took evasive actions as the suspect driver abruptly locked up his brakes. Lt. Anderson stated the suspect vehicle abruptly locked up the brakes a second time and lost control of the vehicle. Lt. Anderson, who was in the outside south bound lane on US 19 said the vehicle rotated clockwise and entered his lane of travel from the inside lane. Lt. Anderson’s vehicle stuck the suspect’s vehicle in the passenger door and both vehicles slid off the south shoulder. Chief Scott Anderson, Chief of Police for CPD, had to take evasive actions to avoid crashing into both Lt. Anderson’s vehicle and the suspect’s vehicle.  Chief Anderson’s vehicle slid to a stop on the south shoulder and struck a tree.

Both Chief Anderson and Lt. Anderson quickly exited their vehicle and both reported hearing a gunshot. Chief Anderson was able to move into a position and observed the driver of the suspect vehicle suffered a self-inflicted gunshot wound to the head.

The suspect did not have identification and has not been identified at this time. The Levy County Department of Public Safety (LCDPS) responded to the scene and transported the suspect to a landing zone where ShandsCair flew the subject for emergency treatment at Shands at UF.

One LCSO vehicle was damaged in the pursuit and one CPD vehicle was damaged. No injuries to any LCSO deputies were reported. However, the Chiefland Chief of Police Scott Anderson sustained minor injuries and was treated by LCDPS at the scene. The Florida Highway Patrol (FHP) responded to the crash scene to conduct the crash investigation.
###

Posted by Lt. Scott Tummond at 4:45 PM
Email ThisBlogThis!Share to TwitterShare to FacebookShare to Pinterest 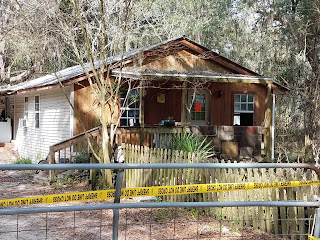 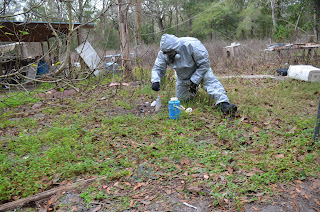 The Levy County Sheriff’s Office Drug Task Force Division (DTF) and the Chiefland Police Department (CPD) combined forces yesterday to complete an investigation which began months ago. Investigators with both agencies began receiving citizen complaints in September of 2016 that the home located at 8841 NW 174 Street in Fanning Springs was being used to manufacture and sell methamphetamines. Citizens reported an unusual chemical smell around this home and an increase in both foot and vehicle traffic coming and going at all hours of the night.

DTF investigators identified the home was owned by Michael Austin Jones (3-25-53) and was often occupied by numerous other individuals. Jones allowed a shed in his back yard to be converted into an apartment and allowed a couple to move in. Investigators gained information that methamphetamine was purchased from the residence owned by Jones in September.

Shortly after 10 a.m. yesterday morning DTF investigators, CPD investigators and members of the Sheriff’s Criminal Investigation Division executed a search warrant on Jones’ home. Investigators located and arrested five (5) people on a myriad of charges ranging from possession of ammunition by a convicted felon to manufacturing methamphetamines. In addition to these arrests, investigators discovered an active methamphetamine lab in Jones’ room which had to be rendered safe by HAZMAT trained investigators before a complete search for additional narcotics in the home could be safely conducted.

The following images are the individuals arrested in this operation and their charges upon their booking at the Levy County Detention Facility. Additional charges are anticipated on some of these individuals as this investigation continues.


Posted by Lt. Scott Tummond at 11:36 AM
Email ThisBlogThis!Share to TwitterShare to FacebookShare to Pinterest

911 service has been restored to Levy County. Citizens needing emergency response for Law Enforcement, EMS and Fire can resume use of 911. 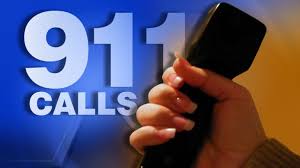 Posted by Lt. Scott Tummond at 8:38 PM
Email ThisBlogThis!Share to TwitterShare to FacebookShare to Pinterest 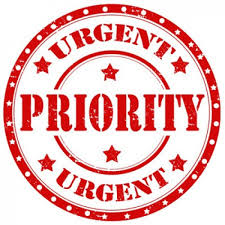 911 for LEVY COUNTY has been disrupted and is not currently working.
A fiber optic cable has been damaged and is currently being repaired. Until repairs are complete, 911 in LEVY COUNTY will not work.

UPDATES to follow.
Posted by Lt. Scott Tummond at 3:55 PM
Email ThisBlogThis!Share to TwitterShare to FacebookShare to Pinterest 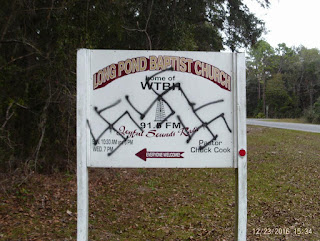 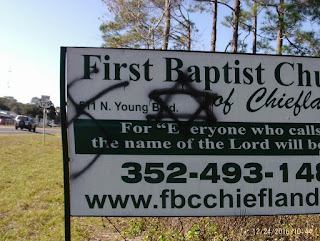 On December 23, 2016 at approximately 10 a.m., LCSO Deputies responded to the Buck Bay subdivision located on NW 70 Avenue in Chiefland after receiving a report of vandalism. A Buck Bay resident found the entrance sign and the road at the entrance to the subdivision had been spray painted with sexually explicit symbols and other symbols commonly associated with hate groups. Road signs at the entrance had been removed and painted, too. Shortly after receiving this report, other reports of similar types of damage in this same general area were called into the Dispatch Center at the LCSO. Deputies collected evidence located at each scene and discovered most, if not all of these acts, appeared to have been perpetrated by the same individuals.

Deputy J.J. Roe had previously located two juveniles asleep in a disabled vehicle in the 9500 block of NW 70th Avenue prior to the first vandalism report being filed. Deputy Roe noticed the juveniles had dirty dark colored finger tips during his interview with them. Deputy Roe contacted the juvenile’s parents to come and remove the disabled car and take them home.

Deputy Roe continued his investigation and documented the bar code from spray paint cans he collected at the Buck Bay crime scene. He contacted Loss Prevention at Wal-Mart and reviewed video surveillance footage. Deputy Roe discovered multiple cans of the same type and color of spray paint had been purchased at approximately 3 a.m. by the juveniles he located earlier that morning. Deputy Roe later contacted and interviewed the juveniles, Cason Smith (16) and Dawlton Tilley (16), who confessed to each act.

Smith and Tilley were arrested on December 25, 2016 and have been charged with Criminal Mischief (Property Damage) to the Buck Bay Subdivision signs, Long Pond Baptist Church signs, First Baptist Church of Chiefland signs and numerous road signs. The estimated damage exceeds $4,200 combined in these incidents. Both Smith and Tilley have been released to their parents and will be appearing in the Levy County Courts to answer to these felony charges.
###
Posted by Lt. Scott Tummond at 11:31 AM
Email ThisBlogThis!Share to TwitterShare to FacebookShare to Pinterest
Newer Posts Older Posts Home
Subscribe to: Posts (Atom)