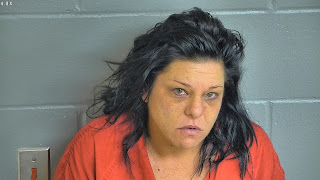 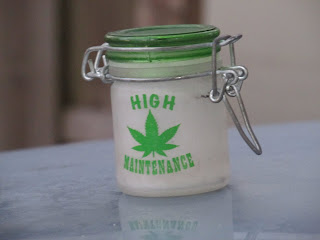 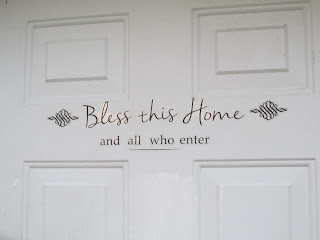 A three month investigation was conducted by the Levy County Sheriff’s Office Drug Task Force (DTF) into reports of illegal drug sales in Yankeetown. DTF Detectives received information that Anna Langenburg (5-27-77) was actively selling illegal drugs from her home at 49 63rd Street in Yankeetown. This investigation concluded with the execution of a search warrant on January 17, 2019 during the early morning hours. Langenburg was arrested and has been charged with the following:

Langenburg is currently being held in the Levy County Detention Facility in lieu of a $217,000.00 bond.
Posted by Lt. Scott Tummond at 11:18 AM
Email ThisBlogThis!Share to TwitterShare to FacebookShare to Pinterest

They Are Called STOP Signs for a Reason 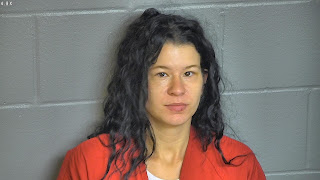 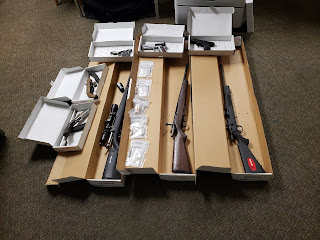 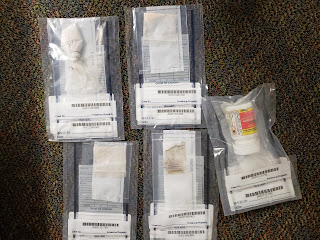 The job of a deputy sheriff is never routine. The night of January 18th is a highlight of how things seem normal but can quickly turn into a more significant investigation. Deputy Justin Arters observed a vehicle violate a simple traffic law. The driver failed to make a complete stop at a stop sign. Deputy Arters then attempted to stop the vehicle by activating his emergency lights to signal the driver to stop which prompted the driver to elude him.

The driver abruptly turned into a private drive and came to a stop. Deputy Arters saw a tall black male hastily exit the passenger side of the car and run from the scene. This person, whom we will call “the runner,” left the driver to deal with the consequences.

Deputy Arters identified the driver as Rebecca Carter (1-27-94) of Williston.  Ms. Carter had a valid driver’s license and was not wanted for any outstanding warrants. However, Deputy Arters had already seen two guns in the floorboard, a clear glass canister with a green leafy substance inside (it also had a marijuana sticker on it) and a black box which had a plastic baggie hanging out of the closed lid that contained a white powdery substance. With these “clues” Deputy Arters began his follow up investigation.

Ms. Carter denied knowledge of a passenger and claimed ownership of all items inside the car. Deputy Arters located and seized more than he initially anticipated when he searched the car. The substance in the glass jar was exactly what the sticker indicated it was, marijuana. The two guns seen on the floor board were collected and determined to be a 9 MM and a BB gun made to look like a modern firearm. The black box held used syringes, an unidentified substance suspected to be Fentanyl and the white powder in the baggie protruding from the lid was identified as heroin.
Deputy Arters searched further and located six more guns, two shotguns (one was sawed off), three rifles and one BB rifle. An assortment of ammunition and high capacity magazines (clips) was found in the same area of the vehicle in which the guns were located.

Ms. Carter was arrested and transported to the Levy County Detention Facility. She has been charged with trafficking in fentanyl (positively identified with a presumptive test), possession of heroin with the intent to distribute, possession of drug paraphernalia and possession of a short barreled shotgun. She remains in custody in lieu of a $250,000.00 bond.

This investigation is currently on-going. Deputies expect the “runner” will be identified in the near future and charges could be filed at a later date. In the end, dangerous drugs and guns were removed from our streets and our community can rest that much easier. Deputies patrol our streets 24/7 and simple infractions such as this are not always routine.
Posted by Lt. Scott Tummond at 9:29 AM
Email ThisBlogThis!Share to TwitterShare to FacebookShare to Pinterest

On January 12, 2019 members of the Levy County Sheriff’s Office Uniformed Patrol Division and the Criminal Investigations Division responded to a home in Bronson after receiving a report of sexual misconduct. The caller told deputies she entered the living room area of the home and witnessed Erik Donald (1-8-65) kneeling beside her sleeping family member who is under the age of 18. The caller said she saw Donald had partially pulled the front of his pants down and the front of her sleeping family member’s pants were also pulled down. When Donald realized he was being watched he quickly pulled both his pants and the sleeping child’s pants up and stated “it’s not what it looks like.”

Donald fled the scene prior to law enforcement’s arrival. Donald, who was recently released from the Florida Department of Corrections, could not be found. An extensive search in the days following did not locate Donald either.

On January 15, 2019 a Bronson resident using a trail through a small section of woods located a subject hanging from a tree. Deputies responded to this scene and identified the deceased person and Erik Donald. Donald left a suicide note that had vague references to the earlier reported crime which is still under investigation.

The sexual misconduct investigation is currently on-going and the victim is receiving services to aid her through this process. The investigation into Donald’s suicide has been closed as no evidence was located which would indicate any other person was responsible or participated in his death.
Posted by Lt. Scott Tummond at 9:49 AM
Email ThisBlogThis!Share to TwitterShare to FacebookShare to Pinterest 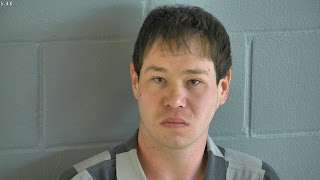 A Levy and Marion County Sheriff’s Office joint investigation conducted on January 16, 2019 resulted in the arrest of Davin Slone (4-17-93) of Inglis. A tip was received by the Marion County Sheriff’s Office Internet Crimes Against Children (ICAC) Division which launched the investigation. The tip revealed a previously unidentified individual was using internet sites to search and share images of children engaged in various sexual activities. The investigation determined the “user” did reside in the Town of Inglis in Levy County.

Investigators from both agencies worked together to secure a search warrant for the home located at 77 Park Street in Inglis. Davin Slone was located at this home and identified as the user of the internet service. Investigators seized electronic devices owned by Slone and discovered he downloaded and shared a minimum of three images depicting children under the age of 18 engaged in sexual activities.

Slone was arrested and charged with three counts of possession of obscene pornographic material (child pornography). He is being held in the Levy County Detention Facility in lieu of a $450,000.00 bond.


Posted by Lt. Scott Tummond at 9:28 AM
Email ThisBlogThis!Share to TwitterShare to FacebookShare to Pinterest 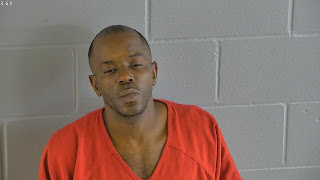 On January 2, 2019 at 4:45 AM Levy County Deputies responded to 11151 NE 83 Place in Bronson after receiving a 911 call. The 911 caller told dispatchers a man was beating on the front door and demanding to see his girlfriend. The 911 caller gave the dispatcher a description of this person and said he could see this man was holding a gun. The man entered the vehicle described by the 911 caller and attempted to leave just prior to deputies’ arrival. He was stopped by deputies as he left the property.

Deputies took this person, identified as Jason Kit-Patrick Patterson (2-2-81) of Gainesville, into custody and began their investigation. Deputies learned Patterson went to this home to find his girlfriend whom he suspected was cheating on him with another man. The investigation determined the girlfriend was at the home but the 911 caller did not know who Patterson was. The gun described by the 911 caller was found on the ground near where the caller told dispatchers he was standing just prior to their arrival. The suspect was also searched. Deputies found 18 Xanax, 9 grams of methamphetamines, 8 grams of powder cocaine and two pieces of crack cocaine in his pockets. Deputies then discovered Patterson is an 18 time convicted felon in Florida and is prohibited from possessing a firearm.

Patterson was arrested and booked into the Levy County Detention Facility. He has been charged with possession of a firearm by a convicted felon, possession of cocaine, possession of a controlled substance (Xanax) without a prescription and possession of methamphetamines. He is being held in lieu of a $226,000.00 bond.