David Brian Fulcher was convicted in Dade County in 2001 for lewd and lascivious molestation on a child and sexual battery.  November 8, 2012, Fulcher was released from Department of Correction and now residing at the below address in Levy County.  For a complete listing of all registered sexual predators and offenders residing in Levy County, or to search by zip code, please visit www.flde.state.fl.us and go to the sexual data base.

Posted by Major Evan Sullivan 352-486-5111 at 9:54 AM
Email ThisBlogThis!Share to TwitterShare to FacebookShare to Pinterest 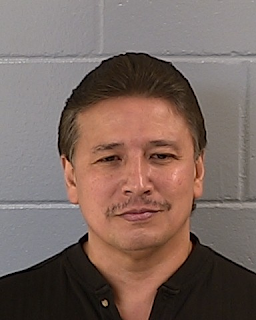 Deputy Breeding observed a grey vehicle parked in the turn lane at the Yankeetown General store with the car running and headlights on.  The driver, Lawrence Padilla was sitting behind the wheel and Breeding could smell a strong odor of alcoholic beverage on his person.  Upon Padilla getting out the vehicle he was very unsteady on his feet and failed the road side performance test.  Padilla was arrested for driving under the influence and was transported to jail where he refused to blow on the intoxilyzer.  At first appearance Padilla was given a $5,000 dollar bond.

Posted by Major Evan Sullivan 352-486-5111 at 11:06 AM
Email ThisBlogThis!Share to TwitterShare to FacebookShare to Pinterest

On November 5, 2012 Lonnie Wilkerson was arrested for using a firearm while under the influence of alcoholic beverage.

Deputy Clint Anderson responded to 13000 NW N.W. 85TH Ave Chiefland, in reference to a disturbance.  Upon Anderson's arrival he made contact with the complainant and he advised that Wilkerson was at his residence drinking vodka and he was very intoxicated.

Wilkerson was arrested for the above charges and was transported to a local hospital for minor injuries from being thrown from the horse.  Wilkerson was treated and released from the hospital and was booked in the Levy County Jail.