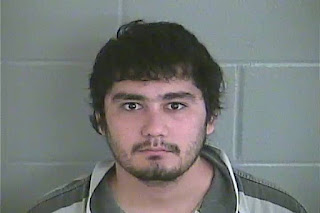 On Saturday at 10:58 am Levy County deputies responded to 5530 SE 194th Lane in Inglis. A 22 year old Tampa man reported accidentally shooting his father while inside the home. Responding deputies found Manuel Castro (61) of Tampa on the floor in the living room. First responders from Inglis Fire Rescue who had arrived at the same time deputies had began administering first aid. Deputies secured the scene and requested investigators from the Criminal Investigations Division (CID) and Crimes Scene to respond.

Investigators arrived and spoke to Matthew James Castro (1-6-95), the son of Manuel. Matthew told investigators he was in the kitchen area of the home and was “playing” with a .22 rifle. He said his father had given him permission to play with the gun and told him the gun was unloaded. While trying to take the clip out of the gun, it fired. The bullet struck Manuel Castro in the temple. Manuel Castro did not survive his injuries.

Crime Scene investigators and CID investigators reconstructed the crime scene and determined the incident had not occurred as Matthew first reported. The evidence did not match Matthew’s statement.

Matthew Castro was arrested and has been charged with Second Degree Murder and is being held at the Levy County Detention Facility with “no bond.”

Posted by Lt. Scott Tummond at 9:52 AM
Email ThisBlogThis!Share to TwitterShare to FacebookShare to Pinterest

“If you see something, say something” is the latest messages all law enforcement agencies are asking of our citizens to do to help combat crime. And below is an excellent example of how this worked.
On May 30, 2017 a citizen reported seeing a child and adult behaving in what she deemed was an inappropriate manner at a local State Park. The citizen gave a statement of what was seen to the responding deputy. The deputy was able to identify the adult and child and determined the adult male was Kenneth A. Brooks (8-10-41) of Old Town. The child was under his supervision at the time. Brooks was initially interviewed and denied ever acting inappropriately. But this did not end the investigation.

The Department of Children and Family Services (DCF) and investigators from the Levy County Sheriff’s Office Criminal Investigations Division (CID) requested a forensic interview be conducted. The University of Florida Child Protection Team (CPT) did conduct this interview and during which the child disclosed that Brooks had been sexually inappropriate with her on several occasions while at a home in the Chiefland area.

On July 17, 2017 CID investigators secured search warrants for the property of Kenneth Brooks and for his person. CID investigators met with Dixie County Sheriff’s Office deputies who executed the warrants. Investigators discovered evidence precisely as the child victim had described. Further interview with Mr. Brooks left him no option but to admit to his wrong doings. The Dixie County Sheriff’s Office established through Brooks confession that he had also abused the same child at his home in Old Town and he was arrested.

CID investigators have also secured an arrest warrant for Brooks. He has been charged with four counts of sexual battery by a custodial and lewd and lascivious molestation. His bond has been set at 4.5 million dollars. Brooks is currently being held in the Dixie County Jail on a “no bond.”

Sheriff McCallum said, “Our citizens are our eyes, and ears and we rely on them for tips such as these to help us protect those whose voice cannot be heard. I am grateful this person took notice of this situation and made the report. Her actions have allowed us to protect this child from future harm and make this arrest. I also want to thank Sheriff Hatcher and his men and women for their cooperation in this case. Their cooperation has allowed us to put an end to this child’s suffering.”

Posted by Lt. Scott Tummond at 10:09 AM
Email ThisBlogThis!Share to TwitterShare to FacebookShare to Pinterest 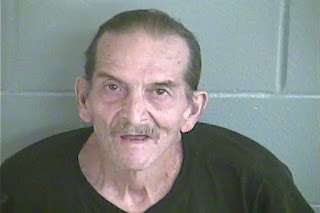 DTF and CID investigators found Barnes inside the home alone. The search of the home revealed cocaine and drug paraphernalia. Multiple people were coming to this home and buying and/or using narcotics based upon evidence gathered by DTF investigators which lead up to the search warrant.

Barnes was arrested and has been booked into the Levy County Detention Facility. His bond has been set at $50,000.00.

This investigation is still on-going and additional arrests could be made in the future.

Posted by Lt. Scott Tummond at 4:31 PM
Email ThisBlogThis!Share to TwitterShare to FacebookShare to Pinterest 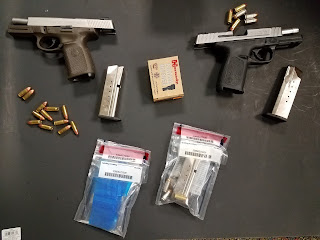 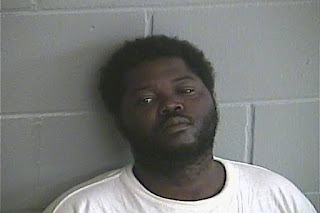 
On July 20, 2017 Levy County Sheriff’s Office Deputies responded to a home on NE 217 Court in East Williston. Deputies met with a subject who told them he was visiting the home when he was confronted by two armed males. These subjects pointed handguns at him and demanded his money and phone. The victim reported these men took his personal belongings and ran into a wooded area next to a home.
Investigators with the Criminal Investigations Division (CID) responded to the scene and assumed control of the investigation. Evidence developed by investigators led to the issuance of a search warrant for a home located at 3850 NE 217th Court Lot C. Investigators identified William Meeks (7-31-89) of Ocala, Florida as a potential suspect and Meeks was located during the search warrant. Meeks was arrested for outstanding warrants.


Investigators found and seized two firearms hidden inside the home along with ammunition, cocaine, methamphetamines, heroin and drug paraphernalia.
The robbery investigation is still on-going. Anyone with information which could assist investigators in solving this crime is asked to contact Investigator Justin Douglas at 352-486-5111 or if you wish to remain anonymous call Crime Stoppers at 1-877-349-8477. You could be eligible for a cash reward.


Posted by Undersheriff Brett Beauchamp at 4:42 PM
Email ThisBlogThis!Share to TwitterShare to FacebookShare to Pinterest 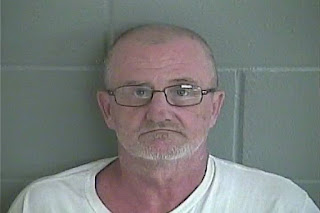 On July 19, 2017 the Levy County Sheriff’s Office Criminal Investigations Division (CID) answered a complaint of sexual battery on a disabled person. The victim, a 32 year old mentally disabled person, disclosed to a family friend she was having “sex.” The family friend immediately reported this to law enforcement.

Allen R. White (1-19-52) met with CID investigators at the LCSO and consented to an interview. During his talk with investigators, White admitted to sexual acts with the victim and acknowledged he knew the victim was mentally disabled. Investigators told White he was being arrested and White became combative.

White was escorted to the Levy County Detention Facility and was charged with two counts of Lewd and Lascivious Battery on a Disabled Person and Resisting Arrest Without Violence. His bond has been set at $1,010,000.00.

Posted by Lt. Scott Tummond at 11:36 AM
Email ThisBlogThis!Share to TwitterShare to FacebookShare to Pinterest 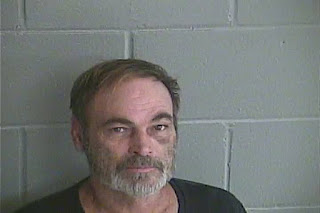 On July 8, 2003 the Levy County Sheriff’s received a report of sexual abuse to a minor. The then 9 year old victim told Investigators that over a period of several weeks a person who she trusted the most did sexual things to her that were hard for her to talk about because they were “gross.” Based upon the statements this child give to LCSO Investigators and the Department of Children and Family Services (DCF) Child Protection Team at UF, the Sheriff’s Office filed charges of Capital Sexual Battery on Nathan Nixon (10-27-61) of Williston. The courts of Levy County immediately issued a warrant for Nixon’s arrest. However, the case went cold shortly after the warrant was issued because Nixon disappeared. No leads were developed and there were absolutely no clues to help us find where Nixon had gone.

From 2003 until 2014 investigators were unable to find any tangible information which would help us find Nixon. So, in 2014 investigators with the Levy County Sheriff’s Office submitted this warrant to the United States Marshals Service through our connection in the Florida Regional Fugitive Task Force. This is a cooperative team design with the United States Marshals Service utilizing local and federal officers to bring fugitives to justice. Because of this team, law enforcement ramped up the search for Nixon.

With the assistance of the United States Marshals Service, Florida Regional Fugitive Task Force, investigators spent the past two years searching for the whereabouts of Nixon. Information was developed that led them to believe he had fled the United States to the country of Mexico. The government of Mexico located and deported Nixon back to the United States on Saturday, June 24, 2017 where Nixon was held awaiting extradition back to Florida.

Nixon was transported back to Levy County on July 12, 2017 and is being held at the Levy County Detention Facility, fourteen years and four days after the issuance of the warrant. He is being held on a three million dollar bond plus an additional cash only bond of $350.00 for non-support dating back to 2003.

Sheriff Bobby McCallum expressed appreciation to his staff and our federal partners, the U.S. Marshals Service, in the apprehension of this fugitive.  As the prosecution phase of this case begins, Sheriff McCallum hopes that the victim will feel some relief and healing and that some sense of justice will prevail for her.