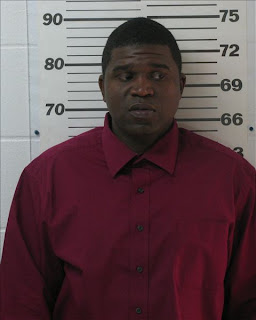 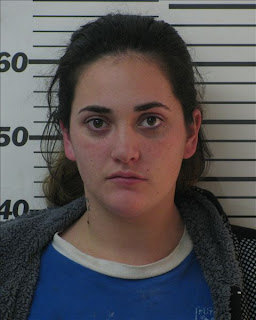 Welch is well known to law enforcement.  Welch, 31 years of age has been arrested on 30 felony charges & 21 misdemeanor charges.  Welch has only 2 felony and misdemeanor convictions.

Posted by Major Evan Sullivan 352-486-5111 at 9:39 AM
Email ThisBlogThis!Share to TwitterShare to FacebookShare to Pinterest

Gulf Hammock, Florida- On December 10, 2010 the victim was in the woods hunting off Lebanon grade in Gulf Hammock.  The victim noticed that his Primo ground blind was stolen and seen a red Ford Bronco leaving the property.  The victim ran back to his truck to chase the suspect down when the suspect drove through a metal gate when leaving the property.  The subject stopped long enough on Lebanon Grade road to throw the stolen property out of his Bronco and fled the area in a high rate of speed.

The victim was able to obtain a tag number and provided the information to Deputy Scott Stancil and Investigator Jay Crooms.  Later in the day the suspect, Christopher Loren Eckblad was located at 21160 SE 65TH street in Morriston.  Eckblad stated that he was in the woods looking for snakes when he noticed a ground blind in the woods.  Eckblad admitted to stealing a ground blind, chair and a shovel valued at $ 370.00.  Eckblad was charged with grand theft and criminal mischief.

Posted by Major Evan Sullivan 352-486-5111 at 4:44 PM
Email ThisBlogThis!Share to TwitterShare to FacebookShare to Pinterest

Fanning Springs, Florida-On December 10, 2010 Deputy Jason Gallup stopped a vehicle for a minor traffic violation at 17400 NW Hwy 19.  The driver, John Earl Thomas Jr. is a habitual traffic offender and he has a suspended driver's license.

During the traffic stop Deputy Gallup noticed a shotgun in the vehicle.  A criminal history check on Thomas revealed that he is a convicted felon.  Thomas was arrested for driving on a suspended drivers license and possession of a firearm by a convicted felon.

Posted by Major Evan Sullivan 352-486-5111 at 4:06 PM
Email ThisBlogThis!Share to TwitterShare to FacebookShare to Pinterest 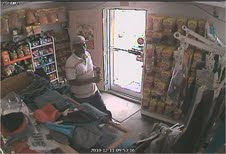 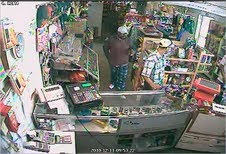 Fanning Springs, Florida-On December 11, 2010 the Levy County Sheriff's Office received a robbery alarm at Tienda Mexican Store.  The victim advised the Communication Center that the three suspects left in a white Ford Explorer.  Prior to arriving at the store the vehicle was located in the parking lot of Stones BP gas station.   Two suspects were seen entering the store and a third suspect was getting out of the Explorer.  One of the suspects was taken into custody and the other two suspects fled on foot through a heavily wooded area.  Three Sheriff's Office K-9's were utilized in tracking the men over three hours but they were able to elude deputies.

Later in the day a 2004 Chevrolet Cavalier Florida tag 713-WTZ was stolen from Discount Liquor in Chiefland.  The victim left the vehicle running and went into the liquor store only to find their vehicle stolen.  It is believed that that two armed suspects stole the vehicle and may be traveling to the south Florida area.  The two robbery suspects are depicted in the press release.

Posted by Major Evan Sullivan 352-486-5111 at 11:17 AM
Email ThisBlogThis!Share to TwitterShare to FacebookShare to Pinterest 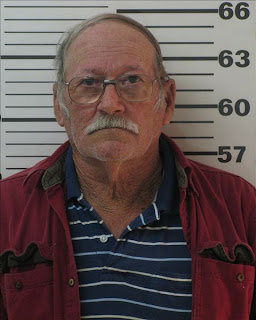 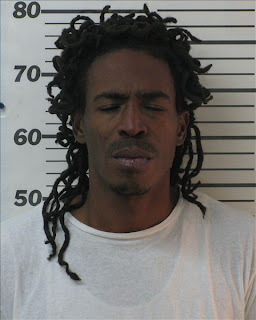 On December 2, 2010 Agent Jay Bolton arrested Melvin Alday and Walter Burns in the Chiefland area.  In August 2010 Agent Jay Bolton utilized a confidential source and purchased 19.1 grams of vicodin.  The listed threshold for trafficking in vicodin is 4 grams.  Alday, 76 years of age was arrested and transported to the Levy County Jail and has a $ 50,000 bond.

In an unrelated drug deal Walter Burns was arrested for possession of cocaine and sale of cocaine.  Burns sold .6 grams of cocaine to a confidential source for $ 70.00.  Burns is a convicted felon for drug related offenses.  Burns was lodged into the Levy County Jail and has a $ 30,000 bond.