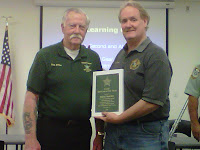 Monday Jan 25, 2010 the Levy County Sheriffs office volunteer program called COPS recognized some of there own for outstanding service in 2009. Lt Sean Mullins the programs coordinator states that everyone in this program an invaluable resource and this year as always it was hard to pick just one or two from such an awesome group of volunteers. This year the 2009 COPS volunteer of the year went to Russ McGee for his constant hard work and dedicated consistent service to the program. Additionally Bill and Terry Merkel were recognized for their many years of dedicated service to the program.
###
Posted by scott finnen at 4:59 PM
Email ThisBlogThis!Share to TwitterShare to FacebookShare to Pinterest

Bronson, Florida- Are you interested in serving your community and fellow citizens of Levy County?
The Levy County Sheriff's Office is currently seeking applicants for the Citizens On Patrol Program. C.O.P. volunteers are an invaluable asset to the Sheriff's Office and the citizens of Levy County and perform many varied duties. Some of these duties include: funeral escorts, clerical duties, crowd and traffic control for community events and parades, assisting Civil Deputies with duties at the Court House, traffic control at traffic crash and roadway obstruction scenes, as well as time spent patrolling the neighborhoods and roadways of Levy County. All C.O.P. duties are non confrontational in nature but can be challenging and very rewarding with the knowledge that you are serving your community. If you are interested in learning more about the C.O.P. program or would like to apply please contact Lt. Sean Mullins at 352-486-5111 ext. 278 or email smullins@levyso.com

To the current members of the Levy County Sheriff's Office C.O.P. program.
Sheriff Johnny Smith and the entire staff of the Sheriff's Office would like to express our sincere gratitude for the service that you provide to our agency and the citizens of Levy County. Without your invaluable help our jobs would be much more difficult and we would be unable to provide the high level of service that the citizens of Levy County deserve. Again, we thank you for your service and please know that you are greatly appreciated.


Posted by Major Evan Sullivan 352-486-5111 at 11:26 AM
Email ThisBlogThis!Share to TwitterShare to FacebookShare to Pinterest 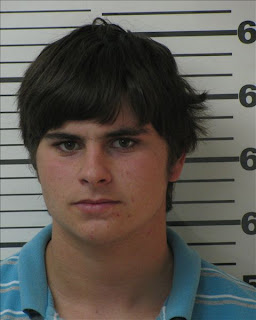 On January 17, 2010 around 11:00 a.m., Gary McIntyre, 16 years of age, was at Campbell's residence at 6551 SW 132 Ave., Cedar Key.  While at the residence, Campbell showed McIntyre his 30-30 rifle and Campbell shot a bucket behind the residence.   After target practicing, the two went inside the residence and ate lunch.

Campbell walked in the bedroom and showed the victim a .22 revolver.  Campbell stated the day before he thought he checked the cylinders and believed the gun was unloaded.  Campbell spun the cylinders and cocked the hammer back and dry fired the weapon two times.  Unknown to Campbell, there were three live rounds in the pistol and he pointed the gun at the victim's face and pulled the trigger discharging one round that struck the victim in the face.  The victim was air lifted to an undisclosed hospital where he is listed in serious but stable condition.

After the victim was shot, Campbell stated that he knew he would go to prison for shooting him.  Campbell waited for approximately 5 minutes before calling 9-1-1 and fabricated a story to the 9-1-1 operator.  Campbell stated that the two were in Shiloh Cemetery and he was looking at his sound system and heard a shot and seen the victim bleeding from his mouth.  The concocted story led numerous Deputies and Florida Wildlife Commission Officers to the cemetery and began searching for an active shooter.  Through the investigation Campbell confessed that he falsified the story.

Detective Bell arrested Campbell on January 19, 2010 for the listed charges.  Campbell is a convicted felon for grand theft and he is currently on felony probation.

Posted by Major Evan Sullivan 352-486-5111 at 10:55 AM
Email ThisBlogThis!Share to TwitterShare to FacebookShare to Pinterest 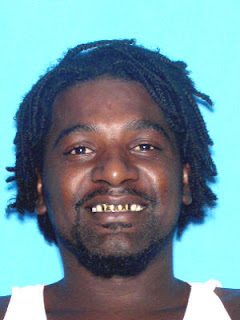 The Levy County Sheriff's Office Drug Task Force has received numerous complaints on Kendrick Hill for dealing in narcotics from his residence at 18530 NE 76th Street in Raleigh. The Drug Task Force did a control buy and purchased marijuana from Hill and obtained a search warrant.

On December 30, 2009, drug agents obtained an arrest warrant for Kendrick Hill for sale of marijuana and possession of marijuana.  Hill is on felony probation and he is currently on the run.  Hill is a seven time convicted felon and has a past criminal history of resisting arrest and drug charges.

On January 15, 2010 the US Marshals Service North Florida Regional Fugitive Task Force located Hill at a Gainesville residence and he was arrested without incident.  Hill was arrested for the Levy County warrant. Upon Hill's arrest he was in possession of over 21 grams of marijuana and drug paraphernalia.  Hill was transported to the Alachua County Jail.

Posted by Major Evan Sullivan 352-486-5111 at 12:47 PM
Email ThisBlogThis!Share to TwitterShare to FacebookShare to Pinterest 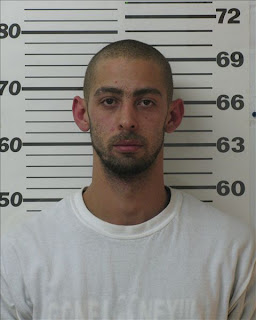 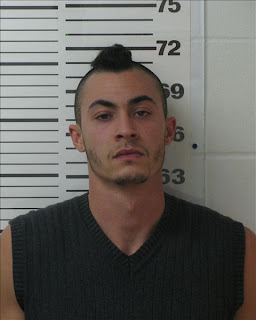 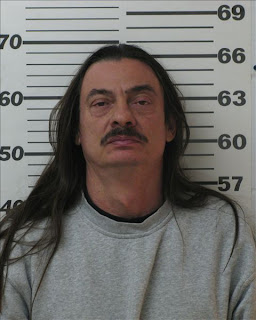 The Levy County Sheriff's Office Drug Task Force and the Drug Enforcement Administration executed a drug search warrant at 19850 SE 62 Place in Morriston.  The investigation revealed that the three suspects were operating an indoor grow house and manufacturing and cultivating marijuana.  The grow house was equipped with automatic watering, lights and fertilizing systems.  Inside the residence the suspects had over one (1) pound of processed marijuana and smoking pipes.

Posted by Major Evan Sullivan 352-486-5111 at 12:23 PM
Email ThisBlogThis!Share to TwitterShare to FacebookShare to Pinterest 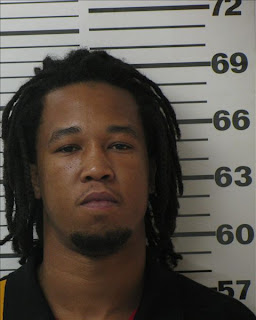 
Posted by Major Evan Sullivan 352-486-5111 at 12:18 PM
Email ThisBlogThis!Share to TwitterShare to FacebookShare to Pinterest

Captain Chad Reed Killed In The Line Of Duty

~Funeral scheduled for the weekend~

Capt. Reed joined the DCSO June 1, 1998 as a Sheriff's Deputy and served as a captain since Jan. 1, 2007.  Capt. Reed supervised several areas including D.A.R.E. and crime prevention programs.  He also oversaw the agency's school resource officers and the dive team unit.   Capt. Reed is a graduate of the Federal Bureau of Investigation National Academy Class 238 Session.

"Captain Reed dedicated his life to serving others and protecting our community. He was a dedicated deputy who we were proud to know and honored to serve with," said Sheriff Dewey Hatcher.  "In his final acts, Captain Reed was exhibiting the selflessness for which he was so well known.  He will always be part of the Dixie County Sheriff's Office family.   He will never be forgotten."

Capt. Reed was elected president of the Florida Emergency Preparedness Association and demonstrated his leadership skills while working for the Dixie County Department of Emergency Management.

"Today, Florida's emergency management community is mourning the loss of one of our own," said Florida Division of Emergency Management Interim Director David Halstead.  "Chad's dedication and unwavering commitment to those he protected and served in Dixie County and around the state will be sorely missed. A wonderful human being was taken from us much too soon. Our thoughts and prayers go out to his family and loved ones."

The viewing is scheduled for Saturday, Jan. 16 from 5 p.m. to 8 p.m. at Rick Gooding Funeral Home in Cross City.

The funeral service is scheduled for Sunday, Jan. 17 at 3 p.m at First Baptist Church in Cross City.

Posted by Major Evan Sullivan 352-486-5111 at 3:28 PM
Email ThisBlogThis!Share to TwitterShare to FacebookShare to Pinterest 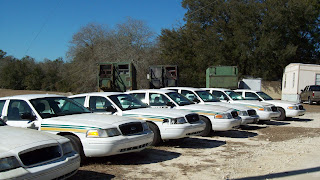 Posted by Major Evan Sullivan 352-486-5111 at 11:42 AM
Email ThisBlogThis!Share to TwitterShare to FacebookShare to Pinterest 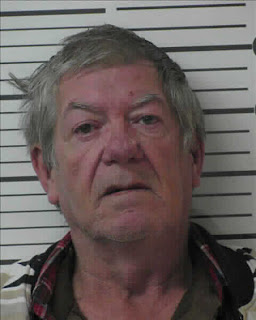 Posted by scott finnen at 8:16 PM
Email ThisBlogThis!Share to TwitterShare to FacebookShare to Pinterest 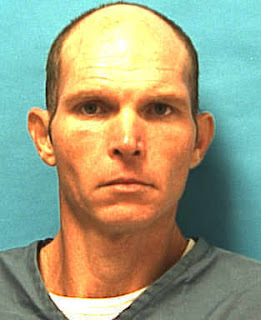 Frank E Raub was convicted in Gilchrist County in 1998  for sexual battery on a child less than 12 years of age and another charge for lewd and Lascivious on a victim under 16 years old.

Raub was serving time at  MADISON C.I  until his release January 5 2010 and now residing at the below address in Levy County. For a complete listing of all registered sexual predators and offenders residing in Levy County, or to search by zip code, please visit www.flde.state.fl.us and go to the sexual data base.

Posted by scott finnen at 10:22 PM
Email ThisBlogThis!Share to TwitterShare to FacebookShare to Pinterest 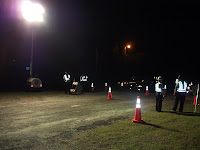 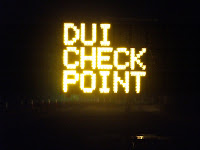 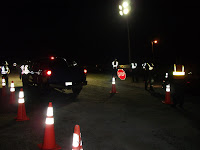