Drive Sober or get Pulled Over

Bronson,Fl– Levy County Sheriffs Office today announced it will join nearly 10,000 other law enforcement agencies nationwide in support of an intensive crackdown on impaired driving August 19–September 5, known as “Drive Sober or get pulled Over.” The problem of impaired driving is a serious one. Data from the National Highway Traffic Safety Administration shows the number of alcohol-impaired-driving fatalities in America fell from 2008 to 2009, but the numbers are still too high. In 2009 alone, 10,839 people died in crashes in which a driver or motorcycle rider was at or above the legal limit, according to the National Highway Traffic Safety Administration. The age group with the highest percentage of alcohol-impaired-driving fatalities in motor vehicle traffic crashes was the 21-to-24 age group. “All too often, innocent, law-abiding people suffer tragic consequences and the loss of loved ones due to this careless disregard for human life. Because we’re committed to ending the carnage, we’re intensifying enforcement during the crackdown. Since twice as many alcohol-impaired accidents occur over the weekend and four times as many occur at night, we will be especially vigilant during these high-risk times when impaired drivers are most likely to be on our roads,” said Major Evan Sullivan. Across the country, it is illegal to drive with a blood alcohol concentration of .08 grams per deciliter or higher. According to the latest data, nearly a third of fatalities in motor vehicle traffic crashes involved a driver or motorcycle rider with a BAC above the legal limit – an average of one fatality every 48 minutes.
The crackdown will include law enforcement officers in every state, Washington, D.C., and many U.S. cities and towns. Levy county Sheriffs Office said its deputies will be aggressively looking for all impaired drivers during the crackdown and will arrest anyone they find driving while impaired — regardless of age, vehicle type or time of day. “Our message is simple and unwavering: if we find you driving impaired, we will arrest you. No exceptions,” said Major Evan Sullivan. Even if you beat the odds and manage to walk away from an impaired-driving crash alive, the trauma and financial costs of a crash or an arrest for driving while impaired can still destroy your life.” According to the Levy County Sheriffs violators often face jail time, loss of their driver licenses, or being sentenced to use ignition interlocks. Their insurance rates go up. Other financial hits include attorney fees, court costs, lost time at work, and the potential loss of job or job prospects. When family, friends and co-workers find out, violators can also face tremendous personal embarrassment and humiliation. “Driving impaired is simply not worth all the consequences. So don’t take the chance. Remember, Drive Sober or get pulled Over,” said Major Evan Sullivan For more information, visit the High-Visibility Enforcement Campaign Headquarters at www.StopImpairedDriving.com
Posted by scott finnen at 12:30 PM
Email ThisBlogThis!Share to TwitterShare to FacebookShare to Pinterest

On Fri Sept. 2, 2011 from 10pm-2:00 AM the Levy County Sheriff's Office and the Inglis Police Department will be conducting a DUI, driver license and a vehicle safety check point on Highway 40 in front of the Inglis Town Hall. Drivers are asked to have their drivers license, registration and insurance card ready at the check point.

Posted by scott finnen at 12:28 PM
Email ThisBlogThis!Share to TwitterShare to FacebookShare to Pinterest

It seems hard to believe that another summer has come and gone and it's time to start getting the kids ready to go back to school.  On August 22nd Levy County will begin that timeless annual ritual:  the first day of school. It is a time when parents breathe a sigh of relief and students and teachers anticipate new beginnings and new challenges.

Unfortunately, the beginning of school is also a time when children are at increased risk of transportation-related injuries from pedestrian, bicycle, school bus and motor vehicle crashes.  This happens because there are more children on the road each morning and afternoon which may cause driving patterns to change.  So as schools open their doors, it's time for everyone—motorists, parents, educators and students—to improve their traffic safety practices.

The familiar yellow school bus has become one of the most powerful icons in American society.  Day-in and day-out, the nation's 418,000 yellow buses travel more than 4.5 billion miles a year at a cost of nearly $10 billion.  They safely carry 24 million children-nearly half of all the nation's children-to and from school.

While school buses can be proud of their safety record, there are still aspects of school bus transportation that are dangerous to children.  More children are hurt outside a bus than inside one.  Getting on and off the bus is the most dangerous part of the bus ride.  This loading and unloading area is called the "danger zone."  This area extends 10 feet in front of the bus, 10 feet on each side of the bus and 10 feet behind the bus.  The danger zone is where children are at greatest risk of not being seen by the bus driver.  The child who bends over to retrieve a dropped school paper, or who walks too close to the bus while crossing the street, is at greatest risk of becoming the next statistic in this danger zone.

Parents and other adults must also do their part.  For instance, most motorist need to learn to share the road with school buses.  They must stop when the bus stops to take on or let off passengers.  If we all do our part—if motorists heed school bus warning lights, bus drivers drive defensively, parents help their children learn to ride safely and children learn to avoid the bus's danger zone---we can increase the safety of the yellow bus ride to and from school.

Safety precaution education is the best way to keep your child safe this school year.  Get involved and get your children involved. The more you know the safer your children are.

Please be careful during your travels and the Sheriff's Office will once again be conducting a program called "Operation Safe School".  This program is to ensure the safety of the kids.  The School Resource Officers, Volunteer Citizens on Patrol (COPS) and the Sheriff's Executive Staff will be monitoring the school zones and school bus stops for traffic violations in marked and unmarked cars.  There will be a deputy assigned to each school for the first three days.  The purpose is to welcome the students and parents at the drop off line and ensure there are no traffic issues at the schools.

Posted by Major Evan Sullivan 352-486-5111 at 5:09 PM
Email ThisBlogThis!Share to TwitterShare to FacebookShare to Pinterest

$50,000 Caterpillar Stolen From The Road Department 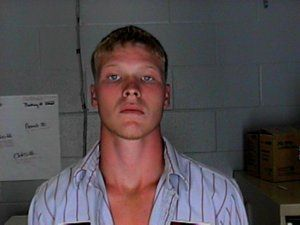 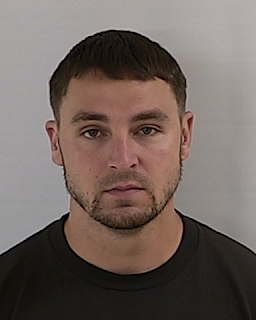 On June 23, 2010 Bruce Greenlee the supervisor of the Levy County Road Department reported that unknown person(s) stole a Caterpillar back hoe valued at $ 50,000.  The Caterpillar was parked at NE 155Ave and US Highway 27. Investigators followed the tracks a short distance and the tracks disappeared.

Through a lengthy investigation Sgt. Mike Narayan located the Caterpillar in the woods in the area of 7800 NE 131st Terrace.  Leads were developed and Mitchell Randall Osborn was arrested on March 7, 2011.  Osborn, 32 years of age from Trenton confessed that he and Oakley Levi Hatten, 29 years of age, from Morriston stole the back hoe.   The two attempted to load the back hoe on a trailer and abandoned the Caterpillar in the woods in North / South Estates.  Osborn stated that Hatten gave him five oxycodone pills for his participation in the theft.  Osborn stated that he is addicted to pain killers and he is receiving help for his addiction.

On July 28, 2011, Hatten was arrested for grand theft.  Hatten stated that he was paid $300.00 dollars for stealing and driving the back hoe by the third suspect.    The third suspect has not been arrested at this time and a warrant for his arrest is forthcoming.

The back hoe had no damage and it was returned back to the Levy County Road Department.

Posted by Major Evan Sullivan 352-486-5111 at 11:18 AM
Email ThisBlogThis!Share to TwitterShare to FacebookShare to Pinterest 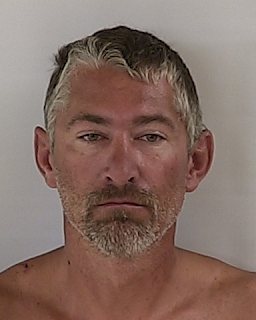 On August 2, 2011 Deputy Britton Drew responded to the area of Usher Tower on US Highway 19 in reference to a reckless driver.  The Sheriff's Office received a complaint that a dark in color Dodge was driving north in the southbound lane on Highway 19.  Deputy Drew located the Dodge Intrepid with a North Dakota tag in the Rosewood area off State Road 24.

Deputy Drew observed the vehicle on the shoulder of the road and noticed that the driver would not get out of the vehicle.  The driver continued to act suspicious and refused to show his hands.  The driver was later identified as Kelly Michael Bachmeier and he was completely nude.  Drew requested back up due to Bachmeier's behavior, demeanor and refusing a lawful order.

Bachmeier was arrested for driving under the influence and an expired North Dakota driver's license.  Bachmeier blew more than four times the legal limit (.334 and .315) on the intoxilyzer.  Bachmeier was transported to the Tri County Hospital and had a blood alcohol limit of .390.

Posted by Major Evan Sullivan 352-486-5111 at 5:00 PM
Email ThisBlogThis!Share to TwitterShare to FacebookShare to Pinterest

COP has worked the below Special Events:

Working at the Levy County Court House to assist with Jury Selection, Trials and Court Proceedings.

Ride to Provide for Levy ARC

We are very grateful for the dedication of the men & women who volunteer there time away from home.  The COP Program is an intricate part of the Levy County Sheriff's Office and a tremendous benefit to the citizens of this great county.  Their loyalty to the program does not go unnoticed. If anyone would like to participate in this program you can contact Lt. Sean Mullins at 352-486-5111.