This Fund raiser is for First Baptist Church of Bronsons Youth mission trip to Haiti in summer 2011. This class hosted by Levy County Sheriffs Office will qualify for Florida concealed weapons permit and the date is Mar 12, 2011 8am till 1pm at the Levy County Sheriffs Office Classroom 9150 NE 80th Ave Bronson Fl 32621. Cost will be $55 dollars in advance or 60 dollars day of class you can register at www.Levypistolclass.info Lunch will be provided and additional donations will be appreciated and accepted. please email any questions to sfinnen@levyso.com or contact the sheriffs office at 3524865111.
Posted by scott finnen at 2:49 PM
Email ThisBlogThis!Share to TwitterShare to FacebookShare to Pinterest 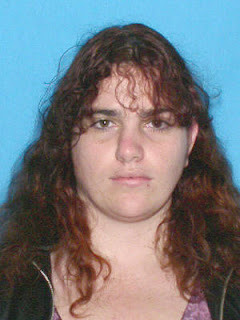 The Levy County Sheriff's Office Drug TASK Force has received complaints that a white female has been in the Bronson area prostituting.  On February 18, 2011 Agent Burt Miller made contact with the white female that was later identified as, Ashley Avis Wilcox at the Bronson Post Office.  During the conversation Wilcox stated that she wanted to party and received $ 50.00 from Miller for exchange of sex.

Wilcox was arrested and had the money in her pocket but stated that she was going to give the money back.  Fortunately, we do not see this type of activity in our County but we want to send a strong message that this behavior will not be tolerated.    Wilcox was arrested for prostitution and transported to the Levy County Jail.

Posted by Major Evan Sullivan 352-486-5111 at 3:40 PM
Email ThisBlogThis!Share to TwitterShare to FacebookShare to Pinterest

Old Town Couple Flee By Jumping In The River 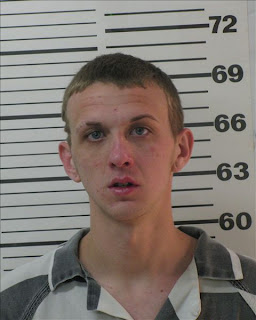 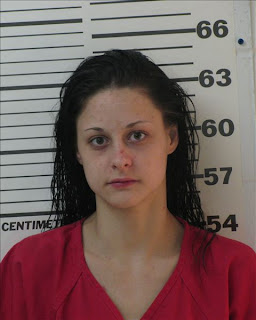 On February 14, 2011, Levy Deputies and Investigators assisted Gilchrist County Sheriff's Office in reference to a residential burglary that just occurred in Gilchrist County.  A family member to the victim come home and found Gregory Bennett II and Heather Bartholomew on the property.  The two were able to evade capture by running out the back sliding door and fleeing in a black SUV.  The witness followed the suspects to Levy County and called law enforcement.  The suspects' vehicle was located behind the Fanning Springs City Hall and when they saw deputies they immediately ran on foot.

Deputy Clint Anderson & his K-9 partner, Robiek, responded to the scene and tracked the suspects.  During the tracking, Robiek located the suspect's shoes and a stolen .22 caliber rifle in the woods.  Deputies cordon the area off and Investigator Roger Bell located the suspects running on foot towards the Suwannee River.  When Bell gave them an order to stop, the suspects jumped into the river to escape arrest but realized that the water was too cold and surrendered without incident.   Investigator Bell arrested the two for resisting arrest without violence and the Gilchrist County Sheriff's Office will file appropriate charges for crimes they committed in Gilchrist County.

Posted by Major Evan Sullivan 352-486-5111 at 1:44 PM
Email ThisBlogThis!Share to TwitterShare to FacebookShare to Pinterest 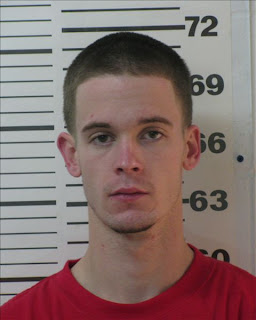 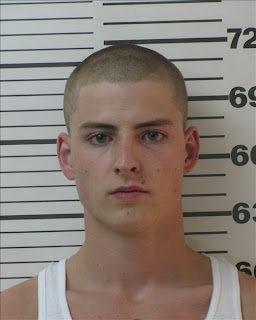 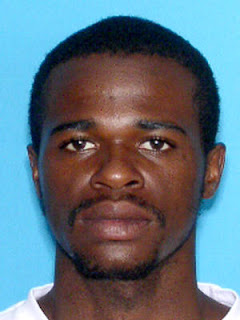 On February 1, 2011 Deputies and Investigators responded to 20550 NE 75th Street Williston in reference to a home invasion robbery. Upon arrival deputies made contact with Ms. Donna Taylor and she was extremely upset and shaken from the incident. Taylor advised that she is a home health care nurse who takes care of Ms. Betty Whitehurst 81 years of age. Taylor advised around 4:13 AM she heard the door knob rattling and thought it might be Ms. Whitehurst walking around the house. Taylor stated that when she was getting out of bed to investigate the noise there were two suspects standing over her and a black male pointing a handgun at her head and he cut the phone line.

Taylor stated while the black male stood over her pointing the gun at her the second suspect questioned her about a safe. During the robbery a safe that contained prescription pills, money and a pistol and a shotgun was taken from the residence. Fortunately during the home invasion robbery Ms. Whitehurst never woke up.

During the course of the investigation Investigator Sgt Mike Narayan and Mike Wilkinson developed Craig Allen Pitts, Hillary "Hill" Church Henderson and Stefan Lernard Lattimore as suspects. Pitts within the past month has worked at the Whitehurst home and was a house sitter during the night. He is the son to the victim, Donna Taylor. Pitts advised the two accomplices of the floor plan of the residence and the location of the safe, money and prescription pills.

A search for the suspects that terrorized Taylor ended February 3, 2011. Investigator Jay Bolton and Joey Barrera in the Drug Task Force were conducting a criminal investigation in the Chiefland area. While driving down the road Henderson almost side swiped their vehicle and a traffic stop was conducted for the traffic infraction. During the traffic stop Investigators smelled the odor of marijuana and had Henderson step out of the vehicle and in plain view they observed that Henderson was sitting on a pistol. The pistol was later indentified as one of the guns that were stolen during the robbery. Henderson is a four time convicted felon and he was arrested for possession of a firearm by a convicted felon and possession of ammunition. Henderson cooperated with Investigators and advised the location of Pitts and he was located and taken to the Sheriff's Office. Henderson stated that Pitts was the mastermind behind the robbery and when he entered the house through a doggie door he went to opposite side of the house and let Pitts in the residence. Henderson stated that he took the safe, Pitts stole the shotgun and Lattimore removed the safe and they fled the area in Pitts' vehicle. The third suspect has been identified as Stefan Lattimore and he remains at large. Investigator Wilkinson has obtained an arrest warrant for Lattimore for armed home invasion robbery Lattimore may be in the Gainesville area and he should be armed and dangerous.


Posted by Major Evan Sullivan 352-486-5111 at 12:12 PM
Email ThisBlogThis!Share to TwitterShare to FacebookShare to Pinterest 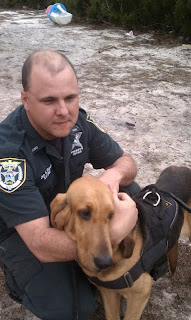 At approximately 4:30 p.m. on February 2, 2011, over a dozen deputies responded to 13450 NE 51 Street in Williston to a report of a missing four year old boy.  Thankfully, the boy was found in a cluster of bushes behind the house within minutes of the arrival of K-9 Deputy Scott Stancil and his partner, Daisy, a three year old bloodhound.  Daisy is a recent addition to the K-9 Unit which is supervised by Captain Scott Anderson.

Thankfully this situation turned out positive and the boy was safe.  The missing boy was upset and had minor scratches but he was very glad to see his father.  The family was overjoyed and extremely thankful for the quick response and recovery of their son.  Major Evan Sullivan comments, "This situation could have resulted in hours of searching possibly costing thousands of dollars. K-9's uncanny ability to track suspects and/or people who are lost can equal the manpower of ten deputies."   Researchers have estimated that a bloodhound's nose consists of approximately 230 million olfactory cells or scent receptor which is approximately 40 times the number in humans.