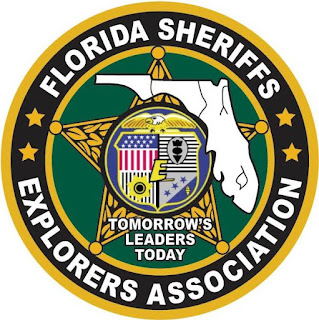 
The Levy County Sheriff’s Office is restarting its Law Enforcement Explorer Program. The Explorer program was established in the 1960s as a way to attract young motivated individuals with an interest for a career in Law Enforcement, Corrections or Telecommunications/Dispatch. Through Sheriffs' Explorer Association programs, young adults ages 14 to 21 can be associated with a Sheriff’s Office, train and learn about the profession to determine if it’s the right career track for them.

Explorers are introduced and receive training in the basics of law enforcement including, traffic control, report writing and radio procedures. Explorers are also given the opportunity to assist officers in controlled settings, such as parades or athletic events.

Posted by Undersheriff Brett Beauchamp at 8:45 AM
Email ThisBlogThis!Share to TwitterShare to FacebookShare to Pinterest 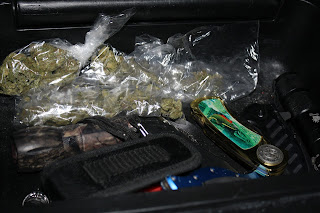 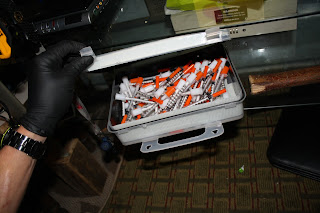 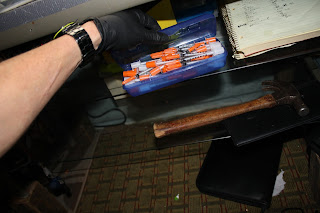 On Tuesday, October 17, 2017 the Levy County Sheriff’s Office Uniformed Patrol Division responded to 11252 NE 62 Place, Williston to a reported disturbance between two people. Deputies arrived and their investigation discovered Danny White (37) had been fighting with another male. Deputies took White into custody and while conducting their investigation were allowed to enter the home to speak to potential witnesses. Deputies immediately observed controlled substances and drug paraphernalia in plain view when they entered the home. The deputies secured the home and contacted investigators with the LCSO Drug Task Force (DTF).

DTF investigators reported they previously were given information that this home was occupied by numerous people who were using and/or selling drugs. Investigators were compiling information for their active investigation when they were called to respond to this location by the Uniformed Patrol Division.

DTF investigators located methamphetamines, marijuana, opiates, cocaine, an unknown substance and massive amounts of hypodermic needles. Based upon these discoveries, six (6) occupants of the home were arrested. The following people were arrested and taken into custody:

DTF investigators say although these arrests have been made, this does not end the investigation. Additional leads were developed as a result of these arrests and future arrests could potentially be made. Anyone who has information related to these arrests or information that could assist this investigation is asked to contact the LCSO at 352-486-5111 and request to speak to a Drug Task Force investigator.
Posted by Lt. Scott Tummond at 11:14 AM
Email ThisBlogThis!Share to TwitterShare to FacebookShare to Pinterest

The Levy County Sheriff’s Office School Resource Division arrested a 12 year old Williston Middle School student today. The LCSO SRO was contacted by school officials today and told that at approximately 2:40 pm an altercation between students occurred. The SRO’s investigation revealed the 12 year old student was offended by another student’s question. During the disagreement between these students, one child picked up a pair of scissors and chased the other student around the room while threatening to stab him.

A school staff member was able to intervene and separate the students. No injuries have been reported. The arrested student has been transported to the Levy County Detention Facility for processing and will be later released to the Department of Juvenile Justice.
Posted by Lt. Scott Tummond at 6:02 PM
Email ThisBlogThis!Share to TwitterShare to FacebookShare to Pinterest

The Food for Florida Disaster Assistance Program will begin Thursday October 19, 2017 at 6:30 am until 6 pm at the Suwannee River Fairgrounds located at the intersection at US Hwy 19/98 and NW 90th Avenue in Fanning Springs. This event is expected to continue until Monday, October 23, 2017.

Major traffic congestion and frequent stops are expected on NW Hwy 19 in both north and south bound traffic lanes; and SR 26 in both east and west bound directions. Message boards will inform of lane or road closures and route information. If you are a participant in this event please follow ALL Law Enforcement directions.

The north bound outside (slow) lane of US Hwy 19/98 will be designated at the event line for participants. Participants coming west from Gilchrist County will be routed onto CR 341 south to NW 160 Street, then onto US 19/98 north.

Participants coming south from Dixie County will be routed into the outside (slow) lane of US Hwy 19/98 then south onto Old Fanning Road to NW 147 Place to merge back onto US Hwy 19/98 north event lane.

If you are not a participant of the Food for Florida Disaster Food Assistant program please avoid US Hwy 19, SR 26 and Old Fanning Road. Through traffic north will be designated to the inside (fast) lane but frequent stops should be expected. Please drive safely and be prepared for unusually long traffic delays.

Business owners and residents should expect HEAVY traffic congestion in the above described areas and should be extremely cautious.

Posted by Lt. Scott Tummond at 4:38 PM
Email ThisBlogThis!Share to TwitterShare to FacebookShare to Pinterest 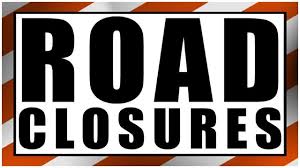 The Department of Children and Families will be administering the Food for Florida Disaster Food Assistance Program for the Tri-County area beginning this Thursday, October 19, 2017 at 6:30 am at the Suwannee River Livestock Fairground located in Fanning Springs. The fairground facility is located at the intersection of US Hwy 19/98 and NW 90th Avenue in Levy County. This event is expected to continue until Monday, October 23, 2017.

The event is expected to create major traffic congestion issues. Citizens should avoid this area if not participating in the program. Expect traffic delays. Law enforcement will be on location to assist with traffic issues. Message boards will be posted for citizens participating in the event.

Event coordinators expect it will take approximately 30-35 minutes to process each applicant.

This will be a slow process and participants should expect long lines and excessive wait periods. We are asking for everyone’s patience as we attempt to direct participants through the event site.
There could be additional road closures which will be dependent on traffic conditions as the day progresses.
Posted by Lt. Scott Tummond at 5:06 PM
Email ThisBlogThis!Share to TwitterShare to FacebookShare to Pinterest 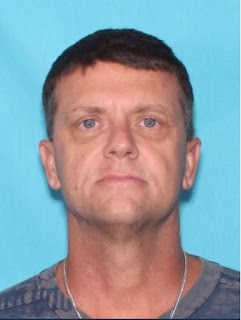 On October 16, 2017 John Wayne Hudson registered as a Sexual Predator with the Levy County Sheriff’s Office. By Florida law Hudson is required to notify law enforcement whenever he changes addresses.


Posted by Lt. Scott Tummond at 9:54 AM
Email ThisBlogThis!Share to TwitterShare to FacebookShare to Pinterest 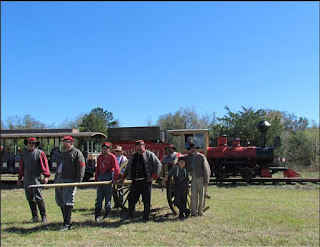 Rescue and law enforcement responded to discover Anthony Lowe Osburn-Day (10-5-93) who lists a home address in Ocala, had attempted to board the privately owned train, lost his footing and fell underneath one of the cars. Mr. Osburn-Day was pronounced dead at the scene by responding rescue personnel.

The Levy County Sheriff’s Office Criminal Investigations Division and the Florida Highway Patrol have joined efforts to investigate and reconstruct this incident. Occupational Safety and Health Administration (OSHA) is scheduled to arrive on scene this morning to conduct an independent investigation.