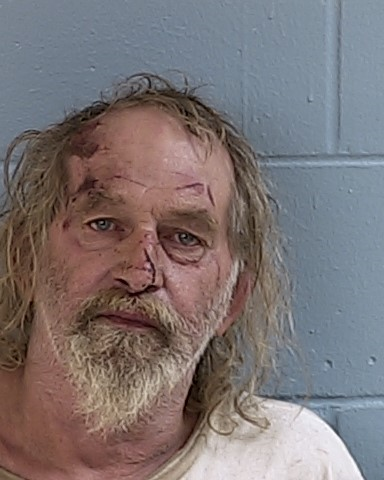 
Deputies responded to a 9-1-1 call at 7530 NW 168 Lane in Fanning Springs last night to desperate pleas for help from a woman. She reported to the 9-1-1 Telecommunicator her husband was drunk and had been fighting with her. While on the phone with 9-1-1, the Telecommunicator heard gunfire. The caller immediately exclaimed she had been shot. Additional shots could be heard in the background.


The first responding deputy was able to get the victim and her 84 year old mother away from the assailant to a safe location. The deputy then ordered the suspect, identified as George Halleran 10-21-55, to surrender. During the exchange between the deputy and Halleran, Halleran began to resist and had to be subdued before being placed into handcuffs.


Public Safety personnel were able to safely approach the scene and give aid to the woman. She had been shot in the forehead by the assailant who was armed with a 38 caliber handgun. She was transported to Shands at UF for treatment. Shands at UF treated the victim for a non life threatening injury and is holding her for observation.

George Halleran has been charged with Attempted Murder, Resisting Arrest without Violence and Domestic Battery. He is being held at the Levy County Detention Facility on a $3,075,000.00 bond.


Posted by Lt. Scott Tummond at 12:23 PM
Email ThisBlogThis!Share to TwitterShare to FacebookShare to Pinterest 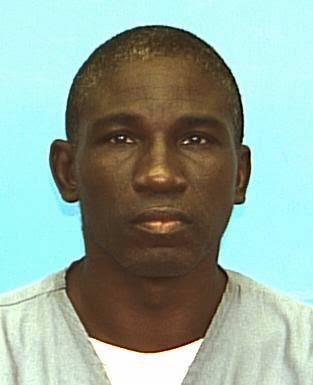 
On September 19, 2014 Lazarus Calhoun, Jr registered as a Sexual Predator with the Levy County Sheriff’s Office. By law Calhoun is required to notify law enforcement whenever he changes addresses.


Lazarus Calhoun, Jr was convicted in 1997 in , Fl for Sexual Battery. Calhoun was released from the Florida Department of Corrections and has registered his address as: 21161 NE 35 Street Williston, Fl.


Posted by Lt. Scott Tummond at 10:20 AM
Email ThisBlogThis!Share to TwitterShare to FacebookShare to Pinterest

K-9 Nero has been located. LCSO thanks all of our and Gilchrist County citizens for their assistance in finding him. Nero is on the way home with his Partner.
Posted by Lt. Scott Tummond at 6:53 PM
Email ThisBlogThis!Share to TwitterShare to FacebookShare to Pinterest

On the afternoon of September 17, 2014, Levy County Sheriff’s Office K-9 “Nero” was discovered missing from his kennel.  Nero apparently escaped from the enclosure located inside the City of Trenton, Florida.   and Gilchrist County Deputies are searching for Nero at this time.


LCSO is requesting the public’s assistance in locating and returning Nero.  Nero is a working law enforcement animal and is not a pet.  He is not wearing his LCSO badge on his collar.  Members of the public are encouraged not to approach Nero if he is spotted.  They should contact the LCSO or their local law enforcement agency immediately.


LCSO thanks the public for their assistance.

###
Posted by Undersheriff Brett Beauchamp at 4:25 PM
Email ThisBlogThis!Share to TwitterShare to FacebookShare to Pinterest 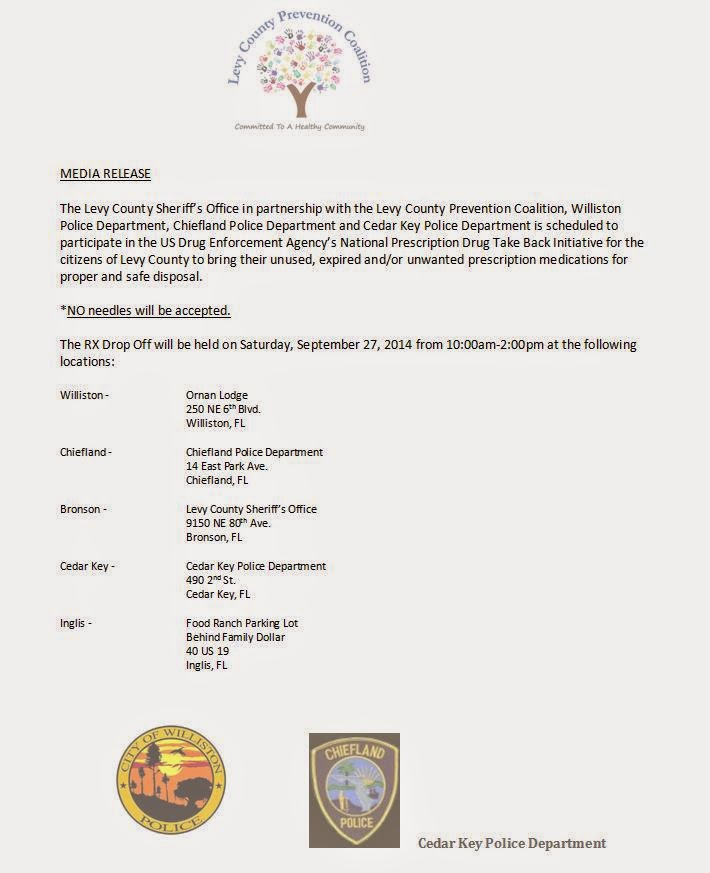 Posted by Lt. Scott Tummond at 8:28 AM
Email ThisBlogThis!Share to TwitterShare to FacebookShare to Pinterest 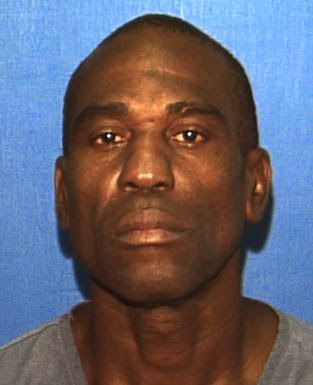 
On September 15, 2014 Stanley Greene registered as a Sexual Predator with the Levy County Sheriff’s Office. By law Greene is required to notify law enforcement whenever he changes addresses.


Stanley Greene was convicted in 2005 in , Fl for Sexual Battery with a Weapon or by Force. Greene was released from the Florida Department of Corrections and has registered his address as: 21161 NE 35 Street Williston, Fl.


Deputies responded to the Bronson Motor Speedway located on SR 24 just east of Bronson, Fl. at 3:11 pm on September 14, 2014. Deputies discovered the flagman, identified as Buddy Jack Howell Jr. 49, was struck in the infield by a 1988 Chevrolet pickup truck participating in a two vehicle “spectator” event the track was hosting.


The vehicle driven by Gene Lawson rounded turn four, lost traction and began rotating counter clock wise. The vehicle entered the infield and struck Howell. Howell was treated on scene by and was transported to a local hospital where he was pronounced dead.


The accidental death was investigated jointly by LCSO and the Florida Highway Patrol.  The tragedy has generated significant interest in social media.  We extend our condolences to everyone involved. 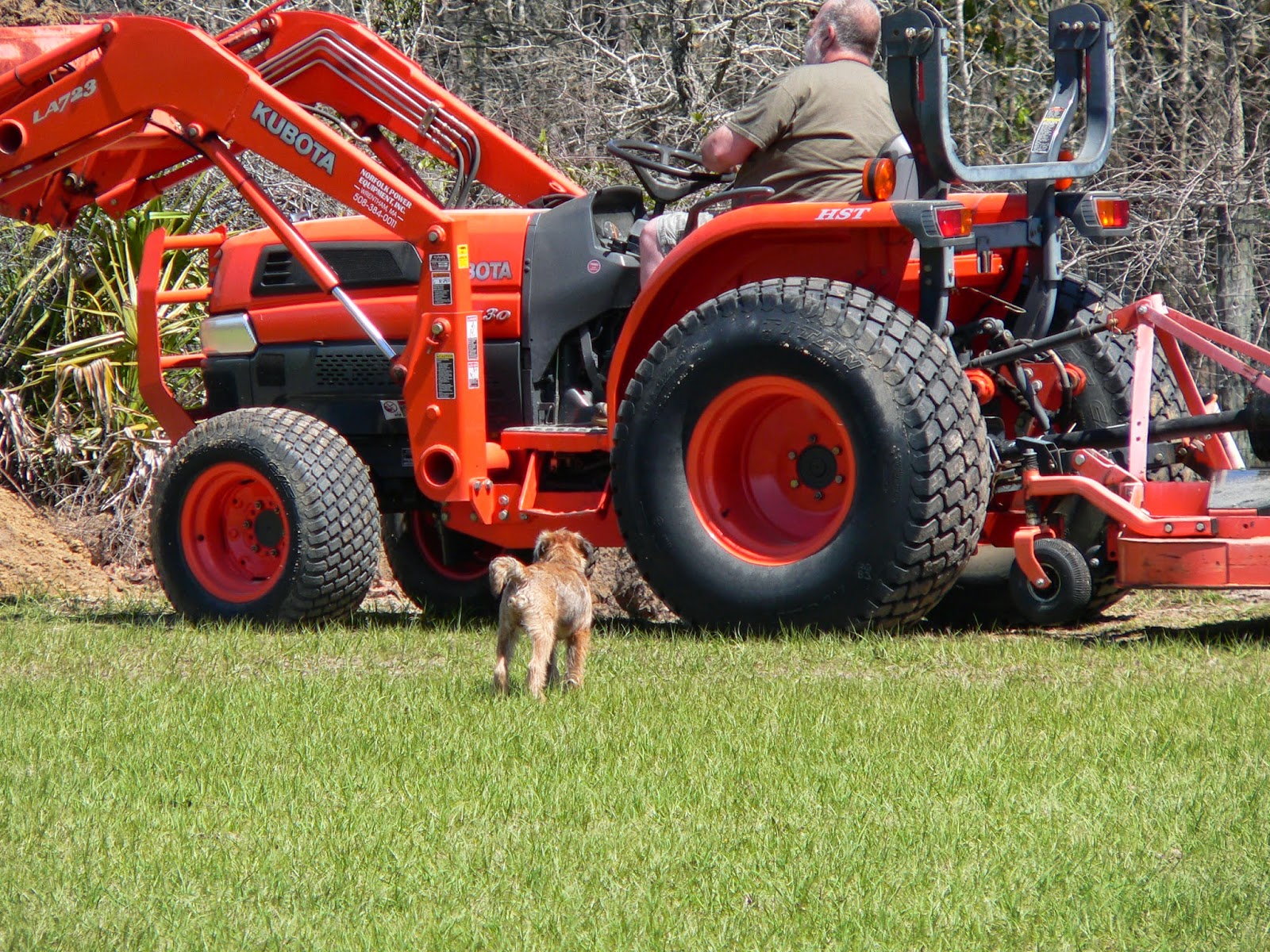 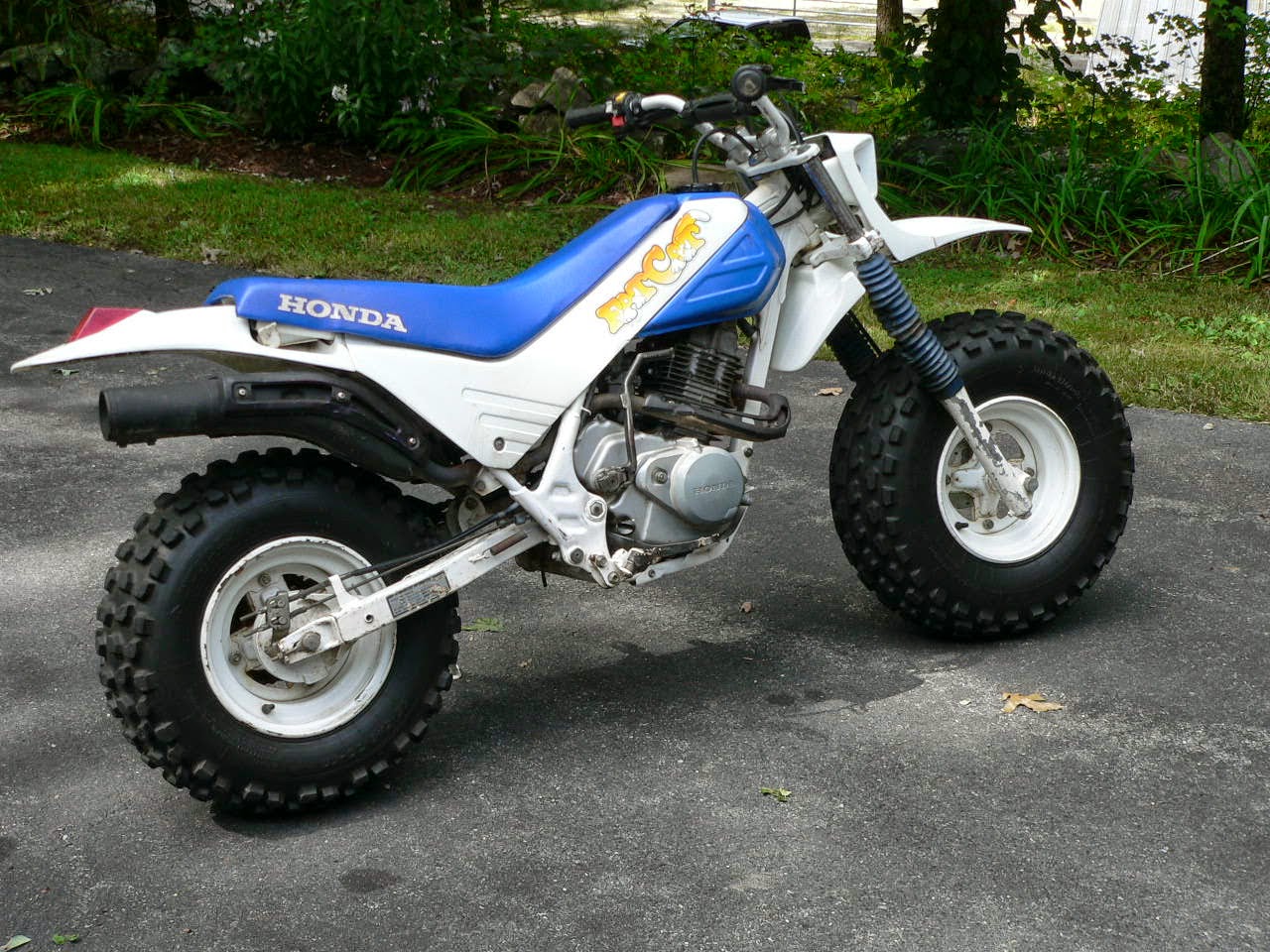 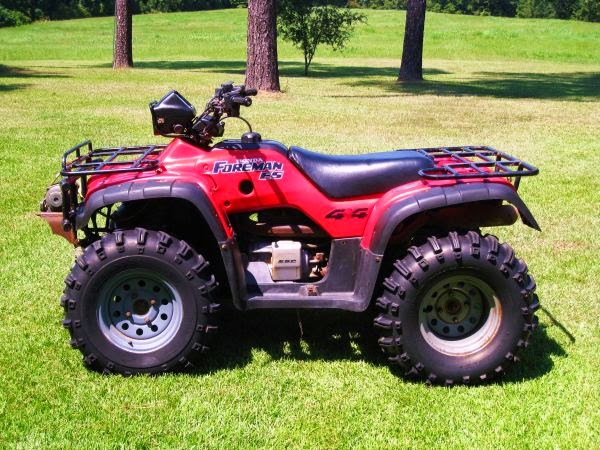 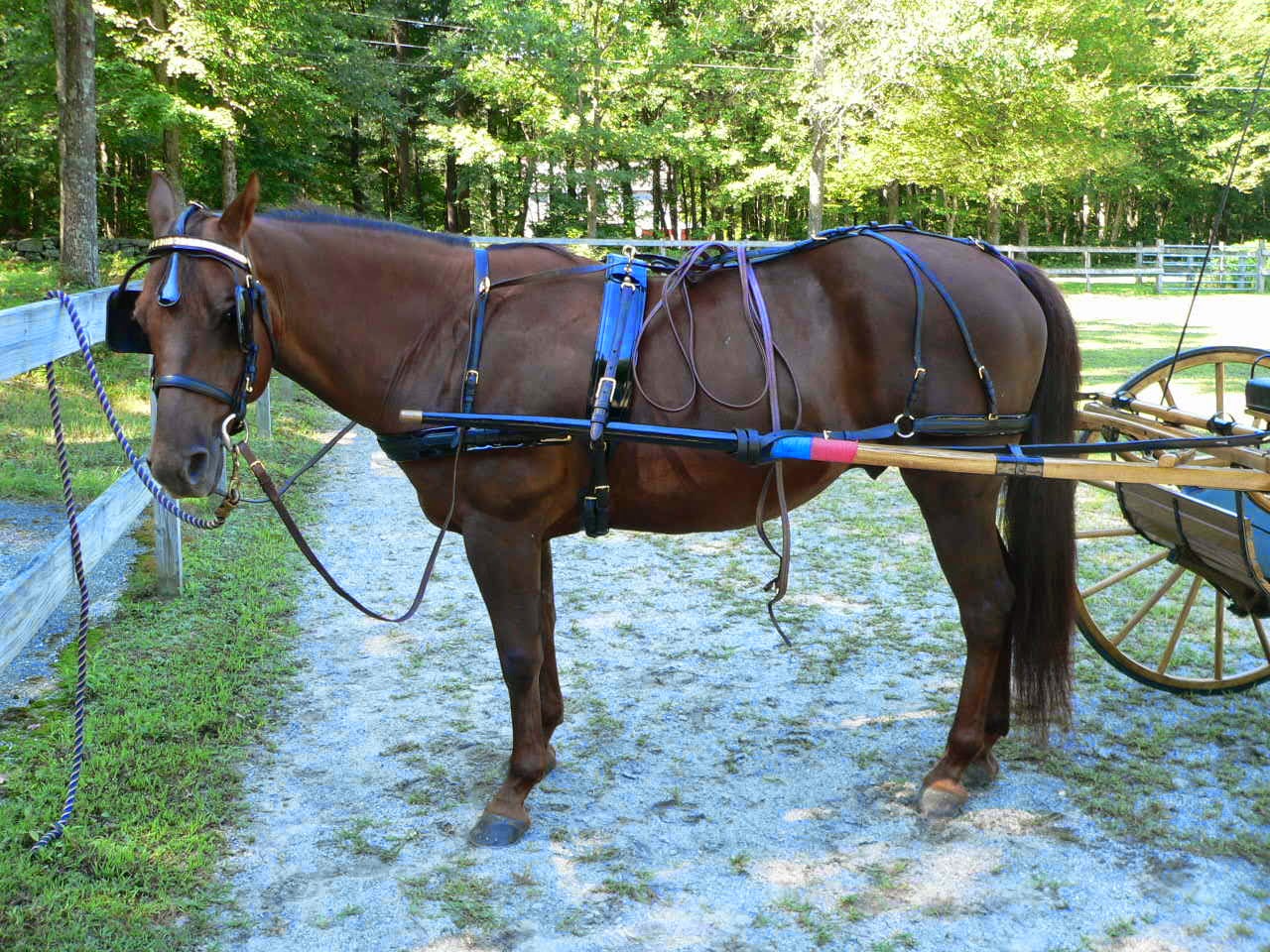 On August 22, 2014 LCSO Deputies responded to 11331 SE 21st Place Morriston, Fl to investigate a burglary complaint. The home owner’s caretaker found their house and barn had been virtually emptied of all possessions. The victim reported the following items were stolen:

4.     A complete horse rigging for a carriage were stolen.

Additionally, from the interior of the home the thieves took the refrigerator, washer and dryer, linens and utensils.

Attached are photographs of the most identifiable items we are asking you to be on the look out for.  We are seeking any information the public may have to offer which could lead to the return of property.  The Victim has agreed to offer a $5,000 reward for the identification, arrest and conviction of the person(s) responsible.

Tips can be called in to Crime Stoppers at 1-877-349-8477, if the caller wishes to remain anonymous. Anyone with specific information regarding this crime is asked to contact Investigator Scott Stancil at 352-486-5111 ext 364.

Burglar’s Caught in the Act 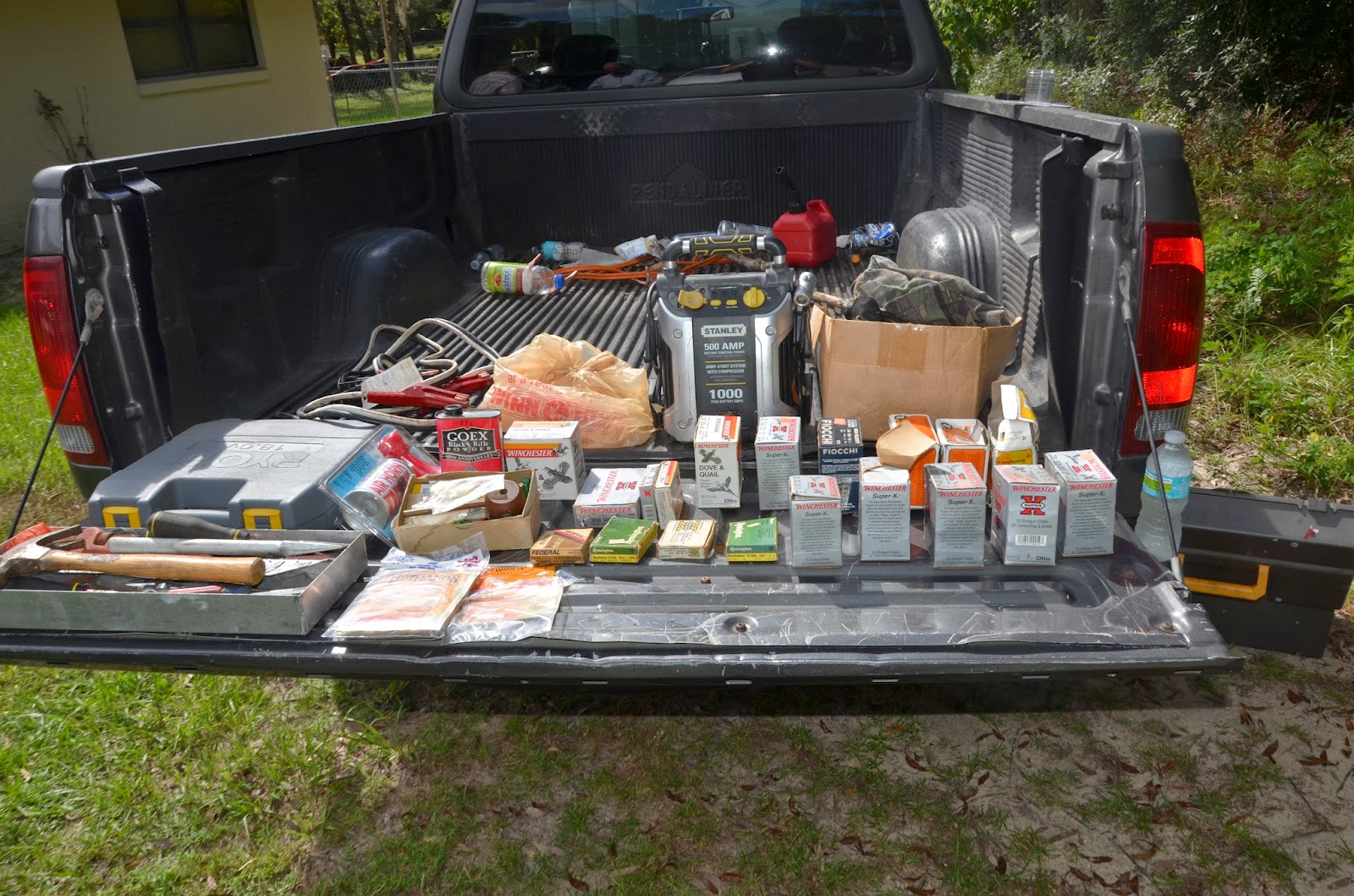 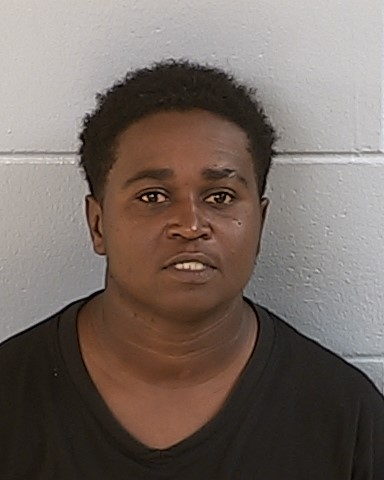 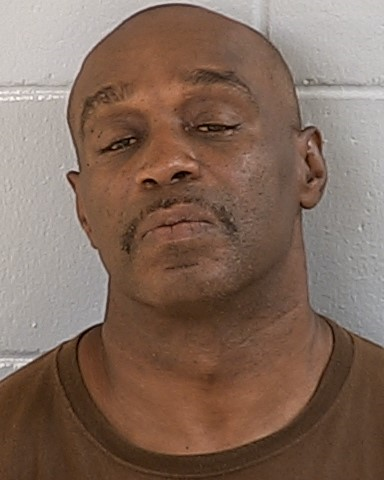 Levy County Deputies Corporal L. Prine and K. Weatherford’s rapid response to a 12 year old panicked phone call for help resulted in the capture of two suspects in the act of a burglary yesterday.

Delania Evans 35, and Earl Peterson 56, both convicted burglars with long criminal histories picked the wrong house at the wrong time. Unknown to either of the LCSO deputies, both were in the same general area but on opposite ends of the subdivision when the call came into the 911 center. Both units immediately responded and were on scene within minutes of the first call. Corporal Prine arrived approximately one minute prior to Dep. Weatherford and was able to observe the duo stealing items from the home owner’s truck and take them into custody. All of the home owner’s property was recovered and returned.

The suspects did not know a 12 year old child was at home. The child heard a knock at his door and peered out to see a person, whom he did not know. His fast thinking and being suspicious of them prompted his first call. He watched them through a window while calling his mother and explaining what he saw while hiding inside the home. Mom’s quick action by calling 911 and relaying the son’s observations made for a quick and successful arrest.

LCSO commends this young man and his mother for their fast thinking and quick notification to our office which helped solve this case. LCSO is continuing their investigation into the activities of these two suspects as they relate to other reported cases in the same area of our county.
###

"Know Something We Don't" Call Crime Stoppers 1-877-349-8477 remain anonymous.
Posted by Lt. Scott Tummond at 11:49 AM
Email ThisBlogThis!Share to TwitterShare to FacebookShare to Pinterest 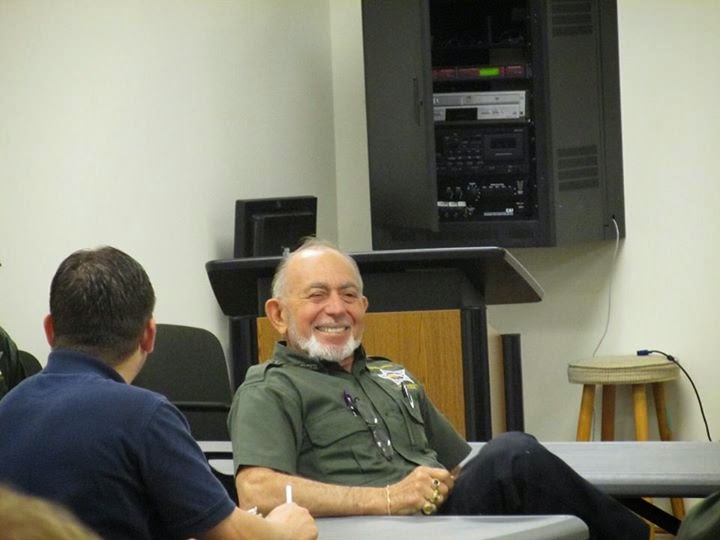 
The Levy County Sheriff’s Office mourns the loss of one of our own. Alfred “Fred” Allen Oliver, 77, passed away peacefully at his home last night. Fred made his mark at LCSO with his volunteer service. Fred joined the LCSO COPS program in August of 2011. The COP program is a group of volunteers who assist LCSO with daily functions. Fred volunteered 674 life time hours to LCSO and the citizens of . Fred served LCSO by assisting in traffic control functions at festivals and other events and working at the Court House.


Fred, your service to LCSO and the citizens of will be greatly missed.