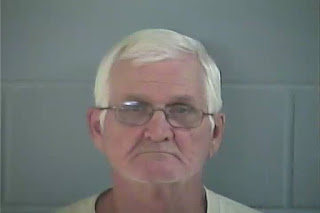 
Corporal Jay Crooms, of the Levy County Sheriff’s Office, arrested James Lambert (10/14/1949) on September 21, 2015 for multiple sex offenses.  Lambert resided in the Fanning Springs area of the county.  In August of 2015, LCSO was contacted by a concerned parent of two victims who reside outside the county.


Corporal Crooms of the Criminal Investigations Division was assigned the case.  His investigation revealed that the victims’ family was acquainted with Lambert and had regularly visited him.  The victims, who were both under the age of 12 when the crimes occurred, stated that they were sexually molested on multiple occasions during these visits.  During their interviews, the victims were able to give specific details of the abusive incidents which were beyond the normal knowledge of victims this age.  Lambert allegedly would force himself upon the children when no other adults were present at the residence.


Lambert agreed to be interviewed by Corporal Crooms.  He denied committing any illegal acts against the victims.  Lambert did admit to being alone with them on multiple occasions.


After the interview, Corporal Crooms arrested Lambert for 2 counts of Lewd and Lascivious Molestation and 2 counts of Sexual Battery upon a child.  Lambert is being held at the Levy County Detention Center where he is awaiting trial.  His bond was set at 4 million dollars.