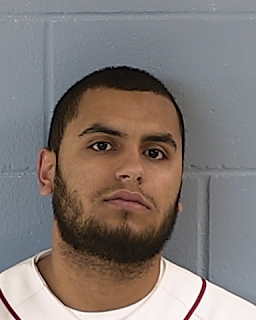 Deputy King observed a white Honda CRV disabled on the side of the road in the Chiefland area.  Deputy King stopped to assist the motorist and when he made contact with Marmolejos he smelled a strong odor of marijuana coming from the vehicle. King questioned Marmolejos if he had anything in the car that was illegal and he replied no.  King explained that he could smell the odor of marijuana and Marmolejos produced a gas mask with a pipe attached to the mask.  Marmolejos stated that he used the gas mask and pipe to smoke marijuana and the gas mask had residue that tested positive for marijuana.

Marmolejos was arrested for possession of drug paraphernalia and transported to the Levy County Jail.