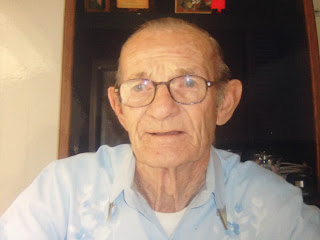 The Levy County Sheriff’s Office is asking for public assistance in locating Thomas Joseph Ferguson 4-10-1928. Mr. Ferguson was last seen at his home at 9:00 a.m. this morning located at 2231 SE 138 Lane in Morriston, Levy County, Florida. The family has no vehicle, and it is believed he left on foot. He is described as 5’ 3” and weighs approximately 99 lbs. He is described to law enforcement as frail.

Mr. Ferguson was last seen wearing a black button down style shirt with an emblem of the American Flag and an eagle, brown pants and cowboy style boots. Mr. Ferguson has several known medical conditions and is oxygen dependent. He uses a walker for mobility assistance. Both his oxygen supply and walker were left at home. He does not have his identification or his cell phone with him. Mr. Ferguson appeared despondent last night and this morning prior to him departing the home.