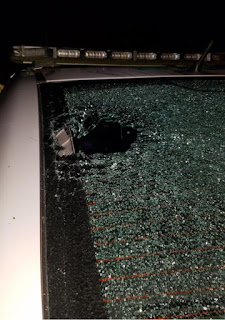 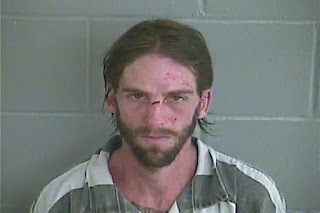 Deputies never know what they may encounter during their shift and the early morning hours of August 26th were no different. LCSO uniformed patrol deputies responded to 9151 NE 68th Street in Bronson at 5:20 a.m. to a reported disturbance. Upon their arrival they met with the complainant who told them her son was destroying the home. Deputies located the son, identified as Andrew Phillips (10-28-78), urinating in the front yard. Phillips was extremely intoxicated but had yet violated any laws. In their attempts to quell the disturbance, Phillips said he would “go to bed” if the deputies helped him find his backpack.

Phillips then led deputies to his bedroom so they could help him look for the misplaced backpack. Upon entering the room, deputies found Phillips was quite the gardener, observing 21 potted marijuana plants growing in the room. He told deputies that was his “pot”. Phillips was placed under arrest and was being escorted from the home when he stated “I’m not going to jail” and pulled away from and began fighting with the deputies. One deputy was injured while attempting to control him.

Phillips had not yet been searched so deputies led him to an awaiting patrol car after gaining control of him. While searching Phillips’ pockets, he very deliberately and intentionally head-butted the rear window of the patrol car causing it to shatter. Phillips fell backwards onto the ground bleeding profusely from facial lacerations. In his intoxicated state, Phillips then began spitting blood and saliva onto deputies and EMS staff before he could again be controlled and taken to the hospital.

Phillips was treated at a local hospital and released to awaiting deputies. He was transported to the Levy County Detention Facility and was charged with cultivation of marijuana, possession of marijuana, resisting an officer with violence, battery on a law enforcement officer and criminal mischief. His bond was set at $112,000.00, which we are sure didn’t help the headache.