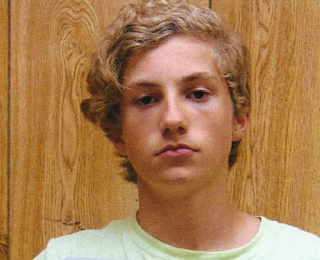 On Friday, April 26, a 14 year old 8th grade Chiefland Middle/High School student was arrested by LCSO School Resource Deputy John Gulledge for battery on teacher.  The arrest occurred after Holden Andy Meeks and his class mates were instructed by their teacher to complete work over a twenty minute period during a special session in the school’s library. Once their work was completed, the teacher would allow them to have “free time.”   Meeks did not complete his work and after the twenty minutes elapsed he wanted his free time and was told no by the teacher. Meeks became irate with the teacher and tried to walk out of the library. The teacher asked him where he was going and stepped in front of him as he attempted to exit the room. Meeks began screaming at the teacher and then shoved her out of the way and left the room.

Sheriff McCallum said that cases such as these will be investigated by our full time School Resource Deputies and arrests will be made. He said school faculty members and staff have a difficult job educating our children and their duties do not include being battered. Students need to understand that if they batter school personnel, there will be consequences and these consequences could include being arrested.
Posted by Lt. Scott Tummond at 3:50 PM
Email ThisBlogThis!Share to TwitterShare to FacebookShare to Pinterest
Newer Post Older Post Home