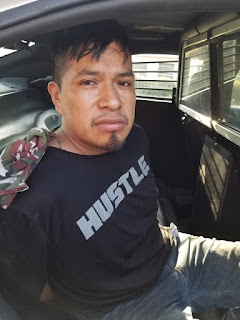 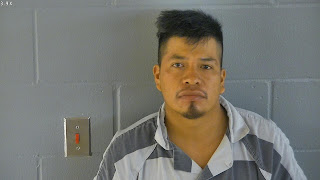 Lorenzo Bernabe-Lucas 5/19/90 of Racine County, Wisconsin, who has been a wanted fugitive and on the run since April of 2018, was arrested last night in Williston. Bernabe- Lucas fled from Wisconsin after a warrant for his arrest was issued for 1st Degree Child Sexual Assault. The United States Marshal’s Great Lakes Regional Fugitive Task Force-Milwaukee developed a lead on the possible whereabouts of Bernabe-Lucas in the Williston area.  This lead was communicated to the U.S. Marshal’s Florida Regional Fugitive Task Force for assignment and follow up.

The Levy County Sheriff’s Office Drug Task Force Detective Rob Bowers, who has a special assignment to the U. S. Marshal’s Florida Regional Fugitive Task Force, was asked to conduct this local investigation. Detective Bowers conducted surveillance for over a week and communicated his investigative findings to both the local and Wisconsin task force members. Detective Bowers learned that Bernabe-Lucas was living and working locally in Levy County.   Detective Bowers also learned Bernabe-Lucas frequently car pooled with others from his place of employment.
Detective Bowers requested the assistance of the LCSO Tactical Response Unit (TRU), agents with the U. S. Marshal’s Florida Regional Fugitive Task Force and agents with the Florida Department of Law Enforcement on the afternoon of August 13, 2019 to take Bernabe-Lucas into custody. These law enforcement agencies worked together and arrested Bernabe-Lucas after a traffic stop of the car pool vehicle. Members of the LCSO TRU team boxed the truck in at the intersection of NE 200 Avenue and NE 30 Street where Bernabe-Lucas surrendered to law enforcement without resistance.

Bernabe-Lucas was taken to the Levy County Detention Bureau where he will be held on a $75,000 bond until he can be transferred to authorities in Wisconsin.