Arrest Made for Aggravated Assault with Motor Vehicle 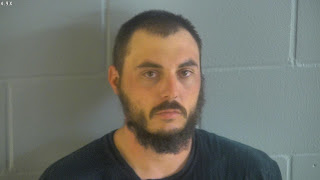 On March 8, 2020 Levy County deputies responded to a home located at 8550 NW 120 Street west of Chiefland to a 911 call reporting a person had been run over. The victim, a 39 year old Chiefland resident, was unable to give a statement to deputies before he was transported by air to Shands at UF for emergency surgery. Deputies discovered the victim was run over in his own driveway and witnesses were only able to say the vehicle that struck him was a dark colored SUV.

Detectives were contacted late on the 10th by staff members at Shands who said the victim was awake and wanted to speak. The victim told Detectives the person who ran him over was known to him by “Matt.” Additional investigation led to the identification of Matthew “Matt” Goins (3/10/91) of Chiefland as the driver of the SUV. Goins has an extensive criminal history including 8 felony arrests and two sentences in the Florida Department of Corrections.

Goins was located at 9150 NW 127 Place in Chiefland where he was interviewed by Detectives. Goins admitted to Detectives that he was at the victim’s home and was driving the dark SUV when the victim was struck. Statements Goins made for the reason he ran over the victim were inconsistent with evidence discovered at the crime scene and Goins was arrested.

Goins was booked into the Levy County Detention Facility and has been charged with aggravated battery with a motor vehicle causing great bodily injury. His bond has been set at $200,000.00.