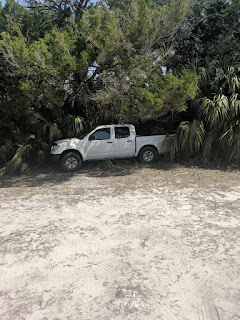 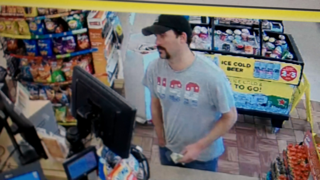 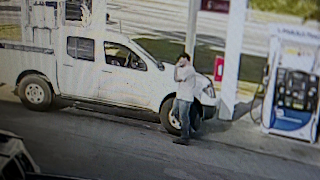 John Dunn disappeared from his home in Coweta County, Georgia on February 13, 2020. Since his disappearance he has not contacted family or friends. His last known location was at the Circle K Convenience store at the intersection of US 19 and CR 40 in Inglis, Florida. Mr. Dunn used his debit card at this store on February 15th to purchase energy drinks, snack food and gasoline.

The investigation into his disappearance by the Coweta County Sheriff’s Office discovered recent internet search history where Mr. Dunn keyed in on the Cedar Key area of Levy County. Mr. Dunn is an avid fisherman and it was believed he may be traveling to this area. No sightings of Mr. Dunn have been reported since he used his debit card in Inglis.

On March 3, 2020 an Inglis citizen reported a suspicious vehicle parked in a wooded area near the boat ramp at the end of CR 40 in the Inglis/Yankeetown area. Detectives and Deputies responded to this location and verified the vehicle found is owned by Mr. Dunn. An extensive search of the area by air, water and land did not locate Mr. Dunn.

The LCSO Patrol and Investigations Division have been diligently searching in the Inglis/Yankeetown for any evidence of Mr. Dunn since February 15th. The location where his vehicle was found had been checked by deputies on Thursday February 27th and Friday February 28th. Sometime after deputies checked this location on the 27th someone, possibly Mr. Dunn himself, parked the truck there and attempted to conceal it in the woods.

No evidence of any foul play was discovered in or near his truck. The LCSO and the family of Mr. Dunn are asking for our public’s help to locate John “Dax” Dunn. Anyone who has information where he can be found is urged to contact the Sheriff’s Office at 352-486-5111. The family has offered a $1,000 reward for any information that leads to Mr. Dunn. Anyone who wants to forward a tip but wishes to remain anonymous can call Crime Stoppers at 1-877-349-8477.
Posted by Lt. Scott Tummond at 10:02 AM
Email ThisBlogThis!Share to TwitterShare to FacebookShare to Pinterest
Newer Post Older Post Home