Arrest Made for Theft 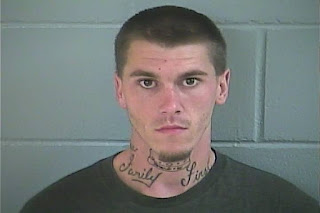 Harris Thomas Garcia (12-7-92) was arrested by LCSO investigators on May 7, 2016 for the theft of tools and jewelry. When she returned home, she found tools and jewelry missing from both her shed and home. The victim reported Garcia, who had resided with her briefly, was suspected. Investigators found Garcia pawned items locally and he confirmed these items did belong to the victim.

Investigators located Garcia in the Bronson area and during an interview, he confessed. Garcia attempted to justify his actions and told investigators he took the items because the victim owed him money. Garcia was taken into custody by investigators and a search of the backpack he was carrying revealed more of the victim’s property.

Garcia was booked into the Levy County Detention Facility and charged with grand theft, dealing in stolen property and false statements to a pawn broker. He is being held on a $40,000.00 bond.
###