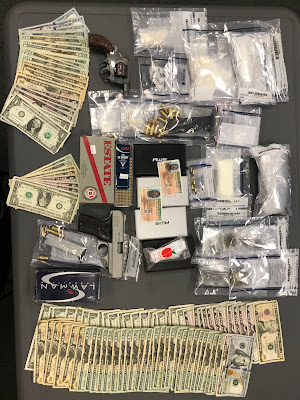 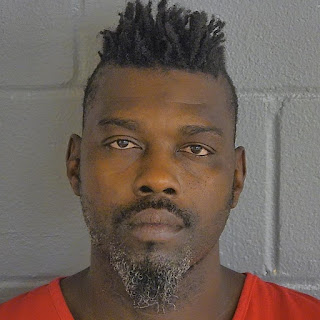 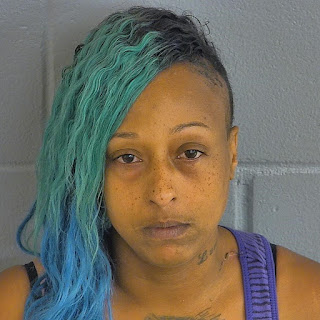 On June 6, 2018, just after midnight, the Levy County Sheriff’s Office (LCSO) Tactical Response Unit (TRU) executed a search warrant at 329 South Main Street in Chiefland. Members of the LCSO Drug Task Force working in cooperation with the Chiefland Police Department and the Drug Enforcement Administration (DEA) developed information during surveillance that Kevin “Chilly K” Edwards (9-21-76) was in possession of a substantial amount of illegal narcotics.
TRU members experienced minor difficulties during the execution of the search warrant. During their attempts to breach the front door, TRU members found Edwards was seated on the floor bracing the door with his feet while his back was against the wall in to hinder them from gaining entry into the home. Entry was made and investigators located more than expected.

Edwards, his live-in girlfriend, Tafanesha Markman (12-12-81) along with 3 children, who were determined to be nieces/nephews to Edwards, were immediately detained. The search of the home by investigators discovered Edwards and Markman were in possession of 77.8 grams of crack cocaine, 27.4 grams of powder cocaine, 7.2 grams of MDMA (molly), 25 grams of marijuana, 12 Oxycodone pills without a prescription, a .22 caliber handgun, a .380 caliber handgun, ammunition for both weapons and a bullet proof vest. Some of these items were found lying in plain view and within easy reach of the children.

Kevin Edwards has a lengthy history of violent felony and narcotic arrests, amassing over 52 charges beginning in 1995. Edwards has been convicted of eight felonies and incarcerated in the Florida Department of Corrections three times.

Edwards and Markman were arrested and transported to the Levy County Detention Facility. The children were released to their parents at the scene.

Both Edwards and Markman are awaiting first appearance and bonds have not yet been set. Investigators are also contacting the Department of Children and Family services to follow up on the children found in the home during the search warrant to ensure their safety.